The TARDIS through the ages

Talkin' about My Girl

The TT Type 40, Mark 3 – it sounds like a motorbike made by BSA. But it is, as any fan will tell you, it is the model of the Doctor’s TARDIS, in which he departed without permission from Time Lord homeworld Gallifrey between 700 and 900 years ago – though we space-and-science-fiction nerks only got to start tuning in in 1963.

Like Bruce Wayne’s Bat Cave, or Sherlock Holmes’ Baker Street opium den, you couldn’t have Doctor Who without his Time-And-Relative-Dimension-In-Space trans-temporal runabout with its roundel’d control room, hexagonal console and optional hat stands.

Quite apart from the dramatic necessities of getting from A to B, think of all those enduring USPs: the priceless initial reactions of mind-blown earthling companions, the none-more-evocative time travelling sound of housekeys scraped down the strings of a knackered piano, the unique frisson of seeing actual corridors, the TARDIS swimming pool and the portable Zero Room from Castrovalva. Or when the Doctor called it “Old Girl". 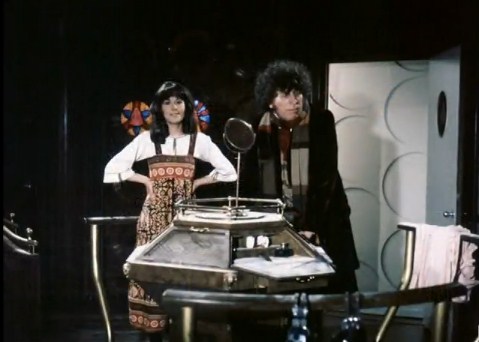 For years, the programme simply stated the obvious. It was stuck looking like a police box, bigger on the inside, travels in time and space, indestructible, erratic - and drip-fed the mindwarpery. Appearances were deceptive, however.

The first time the TARDIS dematerialises in debut episode An Unearthly Child is when the refreshingly narky First Doctor effectively kidnaps nosey parker teachers Ian and Barbara, who both pass out during the over-amped takeoff.

Nine episodes later, in one of the original all-time mad stories, cheapo two-parter The Edge Of Destruction, was when the first mention of the TARDIS's sentience was made. Here the TARDIS itself seems to turn against its passengers, who become disorientated, paranoid and can’t recognise each other; clocks melt, the water dispenser breaks down and Time-Granddaughter Susan freaks out and threatens Ian with some scissors. Having sustained a headwound, the Doctor suspects them of deliberate sabotage. Imagine the Tenth Doctor, Mickey, Rose and Donna doing that. And of course, it was all because a single spring on the ‘Fast Return Switch’ (the name’s written on the console in pen, look) was busted! 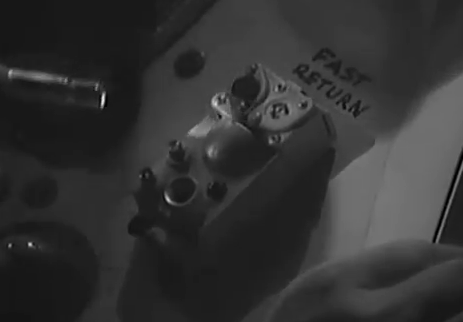 It wasn’t until the Beatle-mopped Second Doctor’s farewell The War Games in 1969 that we actually found out where he and the TARDIS came from, whereupon the Time Lords exiled the Doctor to Earth in 1970. Conveniently, the TARDIS came too, albeit in decommissioned form.

The Third Doctor was Earthbound and trying to repair it until early 1973, except for the odd jaunt elsewhere like 1970’s brilliantly weird Inferno, wherein the Doctor makes it onto a parallel Earth using just the TARDIS console stored in a shed. There he finds Britain has become a Fascist state, the Brigadier’s got a scar and an eyepatch and they’re about to drill into the earth’s crust and release energy source ‘Stahlman’s Gas’, but first find a green slime-virus that turns its victims into blue-faced, homicidal "Primords".

“I’m not wild about computers myself,” says the Doctor at one point, always ahead of the game, “but they are a tool.” Word.