iGamer With its heavy arsenal and cover-to-cover, pop-and-shoot gunplay, Epoch looks every inch the Gears of War clone. But look a little closer and you'll discover Uppercut Games' shooter has a great deal more in common with Infinity Blade than Epic's testicular trilogy. 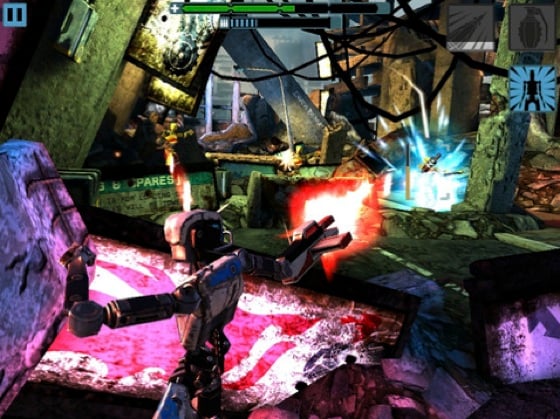 Thanks to the Unreal Engine, it's a gorgeous looking iOS game, for starters. Then there's the structure: a diminutive campaign culminating in an exceptionally tough boss battle, rinsed-and-repeated with increased difficulty in successive play-throughs. 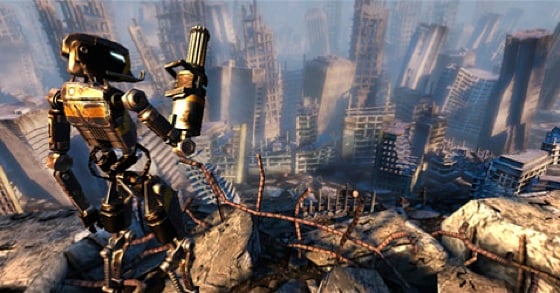 By sticking to simple gestures, Epoch avoids the overcomplicated controls which blight so many first- and third-person iOS games. Swipe left or right to slide your robot between three cover points, and upwards to jump from one end to the other. Tap on an enemy to target it and your robot will fire automatically.

Finally, tap one of the three special ability icons in the top-left corner to fire missiles or grenades at the current target, or to select a defensive perk such as decoy holograms or bullet time. 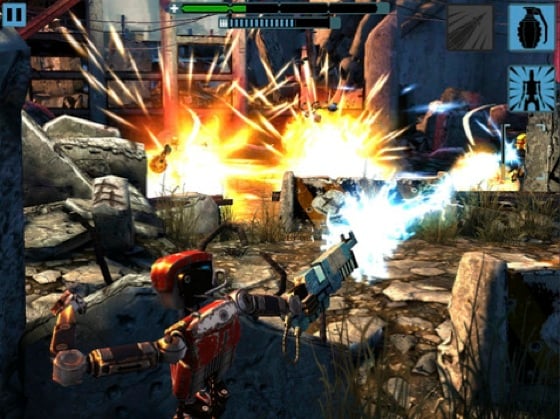 It's an interesting vehicle for the narrative, as politicians and royal guards provide the main exposition while innocent bystanders tell the personal tragedies of those caught in the carnage.