Review This Toshiba delivers possibly the sharpest HD picture I’ve seen on any 32in TV all year. There, I’ve said it. If you’re looking for a good reason to buy this set, that’s it.

But there’s more to this screen than just kick-ass clarity. There’s also internet connectivity - in the form of the Toshiba Places Smart portal - local media streaming and even a hidden camera in the bezel for futuristic face detection. 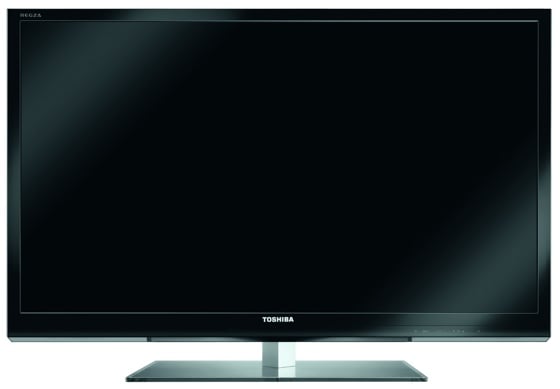 The latter is something of a touchstone for Toshiba, cropping up on laptops as well as TVs. It ostensibly allows you to create preference profiles for different users. Stare at the bezel and it’ll ‘register’ your fizzog.

Unfortunately, the system proved to be a little myopic. At times it appeared to be having trouble recognising me - perhaps I just have a forgettable face? - then it would start repeatedly throwing up its recognition window. 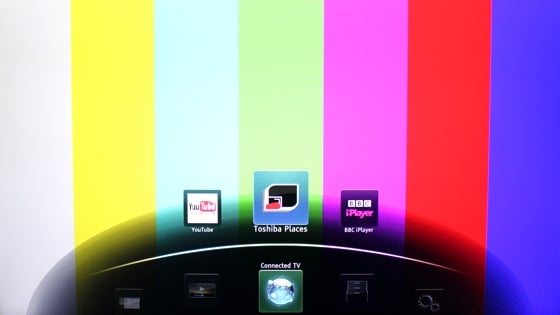 The Toshiba has BBC iPlayer on board

Either way, I ultimately found it too intrusive and gimmicky to bother with.

Camera sensor aside, the set is a treat to use thanks to a user interface that’s both graphically rich and intuitive. The remote control takes a little getting used to, as it comes with a sliding cover which hides most of the buttons, but at least it’s a step up from the normal generic zapper. 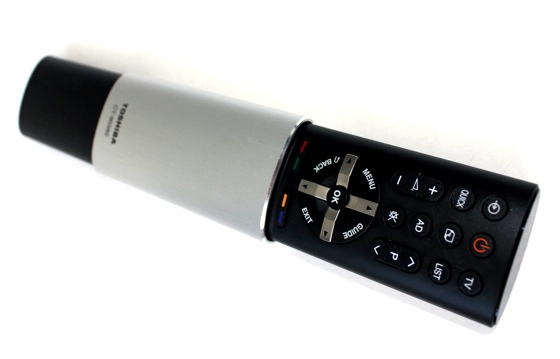 No generic zapper, this

There are two HD tuners here, one for Freeview HD, the other a generic DVB-S2 satellite job. Hook the latter up to a spare Sky dish feed and you’ll get un-curated Freesat channels from Astra 19.2E. The TV allows you to point your dish at other birds too, as there’s positioner support onboard.

Next page: Take your Places
Page: