Connectivity is good. There are four HDMI inputs, phono AV, Scart, component, VGA, a CI slot, Ethernet, optical digital audio and a couple of USBs. The second of these can be designated to record from the tuner to an external hard drive –up to eight HDDs can be registered to the set. Wi-Fi is built-in, which is handy if you lack a local wired connection. 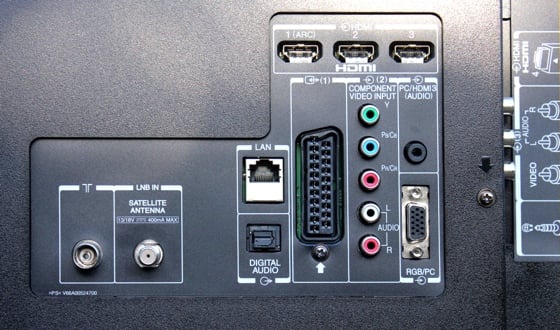 Media playback from USB proves useful, with my pool of carelessly wrapped MKV, AVI and MP4 files all playing, although there’s no support for SRT subtitles, foreign-language film buffs will be annoyed to note. Music is restricted to MP3 and AAC, without album art support.

Across a network, media support becomes rather more rubbish, with only MPEG derivations tolerated.

Toshiba is playing catch-up in the Smart TV stakes, but at least its cloud portal Places is nicely turned out, with individual silos for different types of content and services. 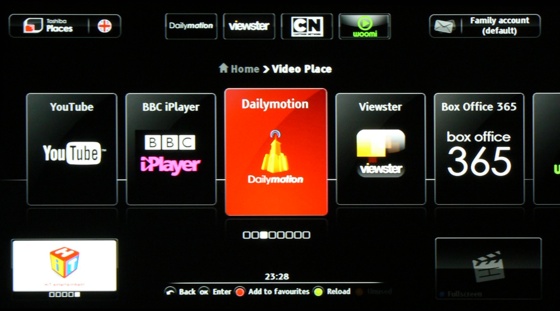 Unfortunately, I found little of interest here beyond DailyMotion and a smattering of subscription video streaming services from Hit Entertainment, Woomi, Box Office 365 and Viewster. 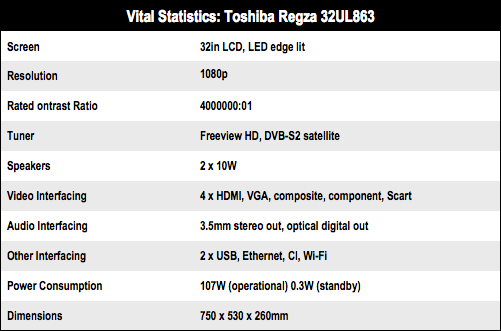