They'll always be with us - just less smelly

Beggars will still be with us in the future, according to a futuristic video by Microsoft's Office Labs team - but at least technology will be able to keep our distance from them.

The video is called "Microsoft Productivity Future Vision" and the blurb invites us to "Watch how future technology will help people make better use of their time, focus their attention, and strengthen relationships while getting things done at work, home, and on the go". it's as exciting as it sounds - a clean and clinically soulless world in which nobody talks. "This video encapsulates everything wrong with Microsoft," noted John Gruber when it was released a few weeks ago. Much of the technology demonstrated is already here: screen sharing, augmented reality, and multitouch desk UIs.

But something intriguing caught our eye.

A professional at an Asian subway station (the sign says Sai Ying Pun, Hong Kong) sees a video advertisement of a beggar. It's part of a charity appeal. He points his Porta-phone at the advert and makes a pledge. The virtual beggar thanks him. 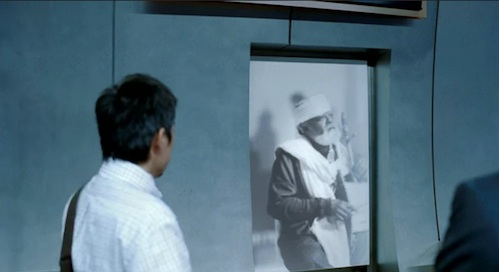 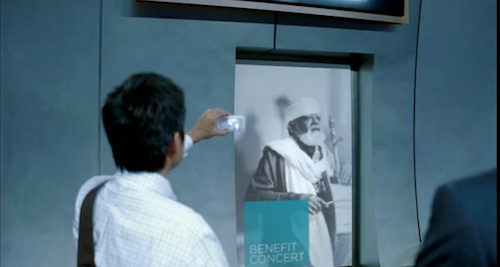 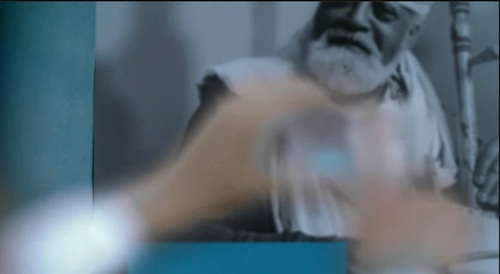 Marvellous: how much cleaner and less malodorous the future promises to be. It does raise the awkward question of where the beggar actually is - if not on the subway? Perhaps on the fund-raising equivalent of the human-powered factories in The Matrix, a chugging farm?

But what shocking imagination and lack of human ambition is on display here. Instead of a world in which need and suffering has been conquered, they portray one in which it's still here - but now the poor are far away, and assuaging your guilt has never been easier. ®