Those who think that Apple is a strange cult will only have their suspicions confirmed by the recently released renderings of Apple's new Cupertino HQ published online yesterday. 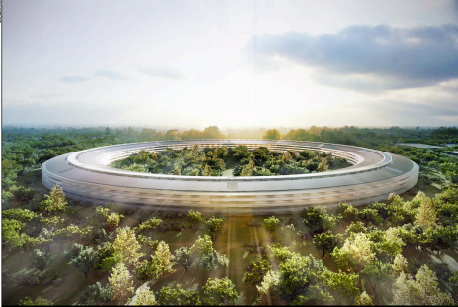 We've seen hazy pics of the building before, but the official images have just been posted on the Cupertino Council's website as part of the planning permission for the building due to go up in 2014. 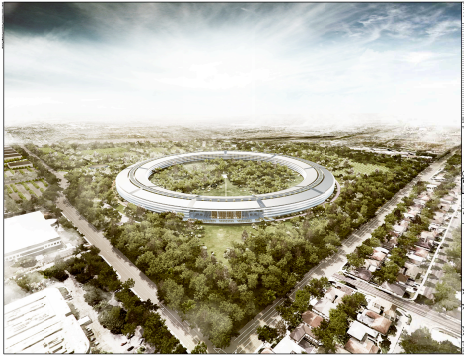 Apple is the biggest taxpayer in Cupertino, something Jobs rammed home at a planning permission meeting earlier this year, so the council seems happy to push ahead with the ambitious scheme that plonks a dramatic dark ring of a building on a site currently occupied by some Hewlett Packard buildings and warehouses. 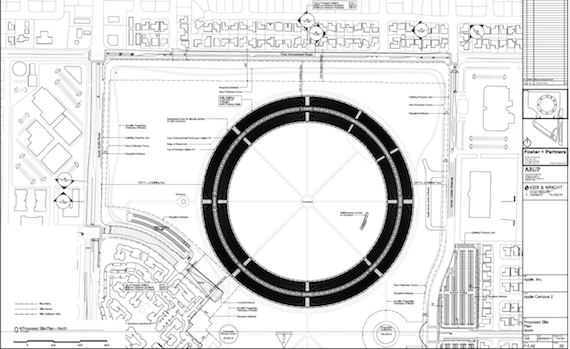 With a projected floorspace of 3 million square feet, the HQ will have space for 12,000 employees, with a canteen that can hold 3,000.

The San Fran Weekly dubbed the building a "massive glass doughnut", but it's just a pity that the dark colour of the glass (thought to mean that it is using solar power) make it look, from certain angles, more a doughnut of doom than a doughnut of creativity. Jobs boasted that there would not be a straight piece of glass in the whole building; it is all curved and seamlessly connected. And the trees will be largely apricots, if you're wondering.

Judging from the images, it will be accompanied by young languorous types lying around in poppy fields.

The images are infused with a late-in-the-day sunlight and and otherworldly air which makes the Cupertino office seem more like a spaceship or illustration from a leaflet advertising the Mormons than anything involving the normal definition of the word "office". It's what Steve would have wanted.

We learn from The New Yorker that Steve Jobs specially designed it so that the windows can't open, because he doesn't like that kind of thing.

The architects wanted the windows to open. Jobs said no. He had never liked the idea of people being able to open things. ‘That would just allow people to screw things up.’