Analysis A picture is slowly emerging that suggests that the UK's incumbent telco - BT - has a perceived stranglehold on the rollout of a faster broadband network in hard to reach parts of the UK.

That's despite the fact that BT recently revised its duct and pole pricing plan for rivals wanting to gain access to the company's physical infrastructure. Meanwhile, the government continues to insist that Blighty will have Europe's best - if not necessarily the fastest - broadband network by 2015.

Some telltale signs that things aren't going to plan have emerged in recent weeks.

That meant that rival operators could - in theory - gain reasonable access to BT's pole and telegraph infrastructure. However, Geo isn't the only telco to stop bidding for a slice of the BDUK £530m cash pie.

Japanese tech giant Fujitsu withdrew from chasing the money allocated in the Highlands and Islands because, according to the BBC, "the sums did not stack up". Cable & Wireless Worldwide refused to deny to The Register in November that it too was unhappy with the process. It was later confirmed that CWW had backed out of bidding for broadband funds in Cumbria.

Now Countryside Alliance, a pro-fox hunting lobby group, has waded in to complain about the lack of activity around the rollout of a broadband network in rural areas.

It released the results of a Freedom of Information request this morning on its website, which sought details about the four pilot "superfast" broadband areas named by the Chancellor of the Exchequer in his pre-budget report back in October 2010. The lobby group writes:

They were billed as ‘models for how the public and private sectors should collaborate to build high-speed broadband networks in rural Britain’. We asked how much each had received from the government and what they had done in the past year to deliver their rural broadband network.

Unsurprisingly the results are very underwhelming, with a couple of the councils not having spent a penny and the others just moving towards finding local suppliers to get working on a process of getting the projects started.

The Countryside Alliance response is that the government is talking a great game but not delivering – the first four areas, which are supposed to be the pioneers, are still nowhere over a year since being named by the Chancellor.

In effect, the government can be praised for finding the money and making a big play out of their commitment to rural broadband, but they then seem to be leaving the councils high and dry with no idea of how to get the projects moving. For rural people still struggling with no or an unreliable internet connection, this is simply not good enough.

Clearly, for many would-be players in the BDUK process, there is a battle going on not only with the incumbent telco but also with local authorities that appear to be ill-equipped to deal with the rollout next-generation broadband technology. 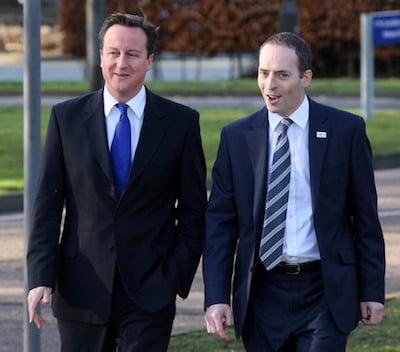 BT gave El Reg this terse statement in response to the Countryside Alliance's FOI: "As we are involved in bidding for funds we are not really in a position to comment on the process."

The government meanwhile continues to defend its stance on delivering the best broadband network in Europe by 2015.

But, it's important to note, that the rhetoric has slightly shifted. UK.gov is now basing that bold ambition on its own criteria. Put bluntly, come 2015 the department for culture, media and sport might consider that it has achieved that goal. Beyond Whitehall, the European league tables might look very different indeed. ®