At last, a dock for your Android phone

Geek Treat of the Week Philips’ Fidelio speakers for iOS - such as the DS9 - have gotten a big thumbs-up from us in the past, and now Philips has released a new range specifically designed for Android devices. 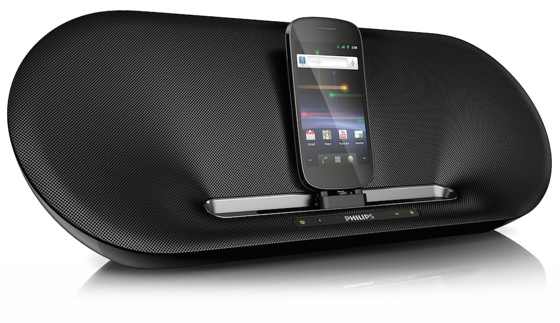 The AS851 docks some - but not all - Android phones

You don’t have to worry about the sound, as the AS851 provides 30W worth of the same warm, detailed sound we’ve come to expect from the Fidelio range. However, the Android side of things isn’t quite so neat and tidy.

Instead of the Apple dock connector, the AS851 plonks a micro USB port onto the front of the unit so that you can connect and charge your Android phone or tablet. Not all Android devices use micro USB, so there’s a full-size USB port on the back for charging devices, such as my Dell Streak, that use a proprietary connector – although using the rear port does rather defeat the point of buying an Android-specific speaker in the first place. 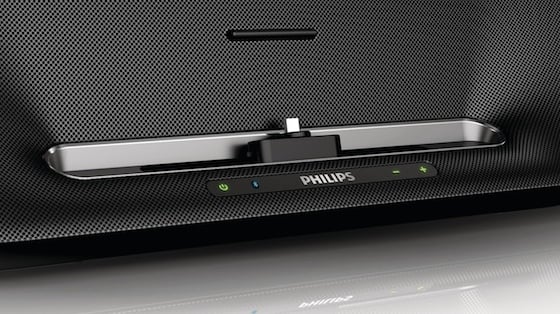 Clip your phone or tablet onto the speaker's micro USB jack

Worse, neither of those USB ports carries an audio signal, so the Fidelio uses Bluetooth to stream music in from your phone or tablet. Philips tells me that you can only pair your Android device with the Fidelio by using the Fidelio Android app – which would have barred any non-Android devices altogether.

However, I had no trouble pairing my iPhone with the Fidelio, which means that the Fidelio is really just a bog-standard Bluetooth speaker with a micro USB jack on the front.

There's a full-size USB port round the back - and a 3.5mm analogue input too

But, to be fair, it’s a very nice Bluetooth speaker indeed - and one that also happens to be about £50 cheaper than its iOS counterpart.

However, you should probably pop along to PC World or Currys – the exclusive retailers at the moment – to check that its micro USB dock will fit your Android phone or tablet before buying the Fidelio rather than any other set of Bluetooth speakers. ®

A good quality set of Bluetooth speakers – but not quite as Android-specific as Philips claims.
Price: £200 RRP