Review Now here’s an odd one. Sony has created what looks like a monster Nintendo 3DS but is actually an Android Honeycomb tablet computer. So you get a sort of flattened tube that folds out to reveal two screens. Will it work? Should it work? Read on… 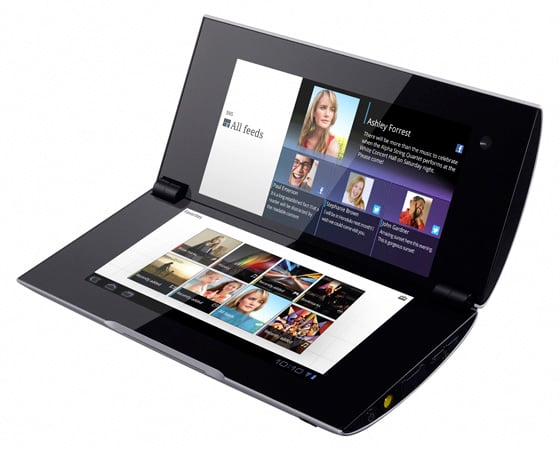 This is actually one of two new tablets from Sony, the other is the Tablet S, which is a more conventional model with a 9in screen. The Tablet P however, is something else altogether.

It’s certainly portable, and you could just about get away with fitting it into the inside pocket of a suit, but it’s still a chunky beast, measuring 79 x 158 x 26mm when closed, though it’s comparatively lightweight at 372g.

Pocketable when folded up

There’s a USB port on the side covered by a plastic cover but it’s only for syncing – you’ll need a separate charger to power up. When you open it up via the two hinges on the side, it reveals two 5.5in touch screens, each offering 1024 x 480-pixel resolution and respectably sharp.

They’re nice and bright and offer good viewing angles too, plus you can change the angle of the top one, so it you want to type some e-mails, for example, you can lay the bottom screen containing the keyboard flat on a table, with the top screen directly facing your eye line, as you would with a laptop. The keyboard isn’t quite big enough to allow for all-fingers touch typing, but it’s fine for two-finger pecking. 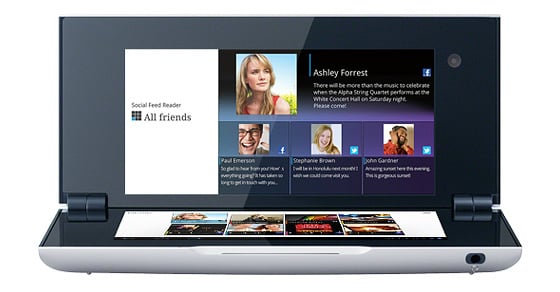 Good viewing angles in any position

In theory it sounds like a fair enough idea to split the screen to make the tablet more portable (and the protection it offers to the screens when closed shouldn’t be underestimated), but in practise it can be a pain.

Next page: Doing it by halves
Page:
Tips and corrections
29 Comments