Curvy beauties moon for the camera

While most of us were hanging up gaudy decorations on Christmas trees, or knocking over festive ornaments in festive befuddlement, space boffins were busy processing photos of our solar system's own gigantic baubles.

NASA's Cassini probe has been busy snapping images of Saturn and its moons, highlighting the scale and beauty of the Saturnian system. The spacecraft has waited until the moons have more or less fallen into an alignment with them passing in front or behind another, dangling the likes of tiny ice rock Tethys against its more ornate sibling Titan.

It's all much like the family group photo at Christmas snapped away by the eager uncle with his new compact digital, except Cassini's job is rather more serious: studying the ever-changing orbits of Saturn's satellites. 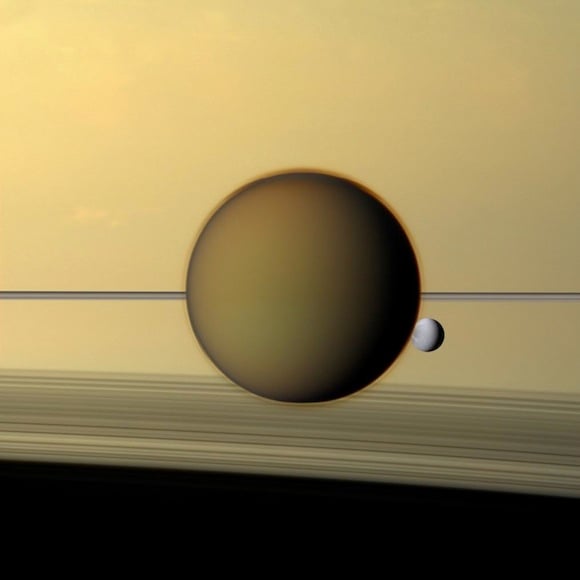 Above is Saturn's third-largest moon Dione, cuddling up next to the gas planet's largest moon, Titan. The two are posing before the planet and its rings. The picture was built out of images taken with red, green and blue spectral filters in a narrow-angle camera at a distance of approximately 1.4 million miles from Titan and 2 million miles from Dione. 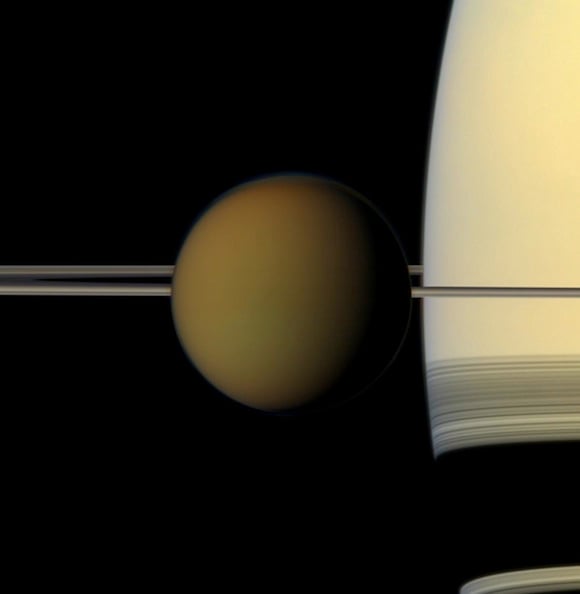 Here we have just Titan (3,200 miles across) and its north pole hood more visible. The moon is passing in front of its home world. By comparison, Dione is just 698 miles across.