Toys break, normally within a few days of Christmas, so most parents keep a tube of glue alongside the traditional Christmas battery selection, but that's old hat now. The with-it dad is packing flexible polymer, these days.

Having torn the paper from colourful blocks of plastic found under the Christmas tree children move on to the seasonal tradition of snapping the aforementioned plastic into as many parts as possible, with attendant tears and accusations. But challenged parents now have a formidable range of materials with which to effect a fix that will, one can only hope, last long enough to stem the flowing tide.

The venerable Glue Gun is preferred where possible, if only 'cos it can fix things within the attention span of a six year old (about 10 minutes, including warming up the gun and waiting for the join to cool), but while it might be sticky and waterproof the output from a glue gun isn't going to attach a missing wing to a Paragoomba: 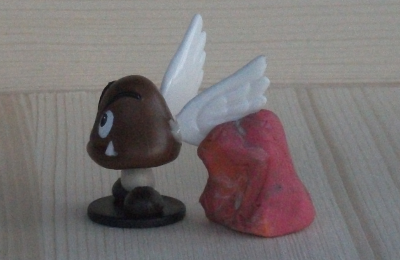 Araldite is prone to dripping too, but once stuck it's really stuck

The problem, as shown in the image, is holding everything in position while the Araldite or similar dries. Paragoomba's wing might fit neatly into a little Plasticine, the same can't be said for more complicated toys, such as this octopus who lost his stand within hours: 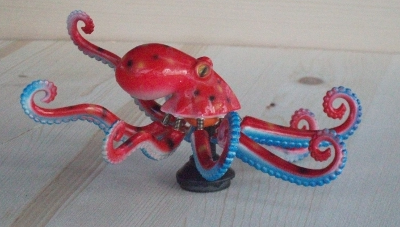 He's ready to go back on the fridge, to smash again next time someone goes for the milk

The Octopus was patched up using Sugru, an air-drying rubber which starts off slightly sticky (very like soft Plasticine) but hardens into a heat-proof rubber which bonds to whatever it was stuck to when soft. 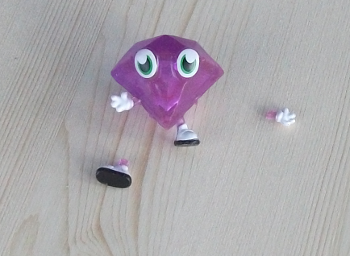 Roxy never played the harp again after the accident, or before the accident as it happens

There's not much you can do with Sugru which you can't do with Araldite, it's just a lot easier to squidge into the right shape and as it starts off slightly sticky it will hold things in place while it's bonding. 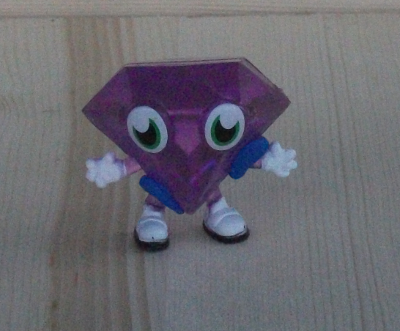 Left for 12 hours it turns hard and rubbery to touch, but be careful what you leave it as it's dishwasher proof, and has marked one plate indelibly with pink smudges where the Sugru was touching it.

It also lacks shelf life - once a sachet is opened it has to be used within a couple of hours, and even unopened Sugru only lasts six months. One has to wonder how many of the myriad uses to which people have put the product were inspired by walking round the house trying to find something to do with a rapidly-expiring supply.

No such problems apply to Polymorph, which has a shelf life of decades and a small packet of which should be a feature of every toolkit. Polymorph is the stuff of the gods, or would be if it had been around when the gods were choosing a construction material. It's a hard plastic which turns soft when heated to 62 degrees centigrade, then hard again when it cools.

This year it's already been used to fill the empty space in the heel of a pair of boots, once the toy doll had been removed and the six-year-old started complaining of discomfort. Sadly that didn't photograph well so here's a video if the same stuff being used to make an impromptu stand for a Shrinkle:

Polymorph won't stand up to heat like Sugru, or Araldite, and it's surprisingly hard to glue too, but it is tough, and infinitely reusable. Sawing Polymorph, and collecting the dust to go back in the bag, is an exercise in sustainability. But between the three just about any large plastic toy can be repaired.

Of course, the older children got Andy Pads this year, and a Glue Gun isn't going to help much when they break. ®

Pirate Bay co-founder criticises Parler for its lack of resilience