This year we have mainly been copying Apple

It's been a tumultuous year for the Linux desktop. Anno domini 2011 saw the release of not one, but two major new desktops, the GNOME project's GNOME 3 shell and Ubuntu's rival Unity desktop. By the time most distros hit their stride in 2011, the GNOME 2.x line had been replaced with GNOME 3.

With change comes angst - especially in the open-source community - and the move away from GNOME 2 has certainly had some very vocal critics. To be fair it's never easy when something you rely on day in and day out suddenly changes, and the transition from the more traditional GNOME 2 desktop to the GNOME 3 shell or Unity has been a bumpy ride for many users. 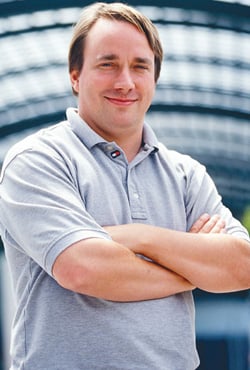 Fans of the KDE desktop went through this same sort of transition several years ago with the move to KDE 4 and can content themselves with watching the current debate knowingly from afar, but for many GNOME users, 2011 meant re-learning not just how to use the desktop, but what the desktop ought to be.

What's odd about the hubbub over the new desktops is that in many ways both are the result of what critics have been saying Linux needed to do for years - work on its graphic design and create a more polished user interface. GNOME 3 and Unity are the results of many different forces at work, but certainly one of them is to make the Linux desktop experience not just work well, but look good as well.

Of course "look good" is a highly subjective phrase, and certainly not everyone will think either GNOME 3 or Unity delivers. Regardless of what you might think about the look of GNOME or Unity, both do put an undeniable emphasis on design and bring the level of polish in the user interface up to par with what you might find in popular commercial operating systems - for example, Apple.

To say that GNOME 3 and Unity are chasing Apple's tail-lights might be overreaching, but it's tough to deny that both haven't borrowed a few ideas from Cupertino. Whether it's the iOS-style toggle switches that GNOME 3 often uses instead of checkboxes, or Unity's universal menu bar and left-hand window button arrangement, clearly the designers of both find, shall we say, inspiration in Jobsian polish.

At least part of that drive to emulate Apple likely stems from years of arguments from critics of Linux that open source software needed a more appealing interface. Oddly, now that that's ostensibly happened almost no one seems happy. It turns out that while GNOME and Canonical developers may have a case of Apple-envy, Linux users often don't. Not everyone wants to relearn how to use their computer just so Canonical's designers can show off how they think the desktop ought to work.

Any significant change to a core component like the desktop, is bound to bring out some ill will from users, but the GNOME and Unity releases of 2011 have endured some particularly harsh criticism. Penguin daddy Linus Torvalds called GNOME 3 "an unholy mess" and rather publicly announced he was moving to the Xfce desktop.

A time to panic? 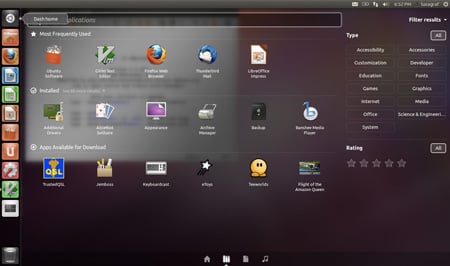 However, for all the critics there are also plenty of ardent defenders who argue that desktops like GNOME 3 and Unity are paving the way into the future of Linux.

While there's clearly some disagreement in the Linux community about just where the future of Linux lies, Ubuntu's parent company Canonical has made it clear that it doesn't believe that future is on the desktop. The company recently announced that Ubuntu 12.04, normally a three-year LTS release, will instead be supported for five years. Canonical founder Mark Shuttleworth says that once 12.04 is out, development focus will shift to mobile devices. Indeed, if Shuttleworth sticks to his plans, Ubuntu 12.04 may well be the last desktop-only release of Ubuntu. 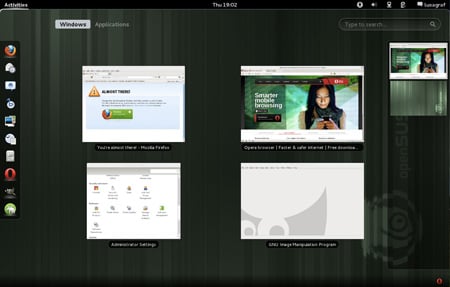 Instead look for Ubuntu to flow off the desktop and onto the small screen, both tablet and phones. In an interview earlier this year with ZDNet, Shuttleworth calls the move away from the desktop a "natural progression" and says that Canonical plans to "embrace the challenge of how to use Ubuntu on smartphones, tablets and smart-screens."

Indeed the tablet market - such as it is, realistically there's an iPad market and a few other manufacturers fighting over the leftover scraps - could sorely use some worthy competitors. Thus far no Android-based tablet has managed to capture any significant user attention. Could a Unity-based Linux tablet compete with the iPad?

One thing Ubuntu has going for it is its home-grown services like Ubuntu One and the Ubuntu Music Store. Bringing both over to a tablet would make it easy to get music, movies and images from one device to another. Having a complete ecosystem of media on both desktop and tablet would solve one of Android's big pain points - there's no easy way to do simple things like buy an album or rent a movie.

Of course the Ubuntu Music Store lacks the selection of the iTunes Store. Canonical would also need, perhaps more than anything else, to attract the level of developer interest that Apple has managed to create around iOS if it wanted to seriously compete in the tablet market. 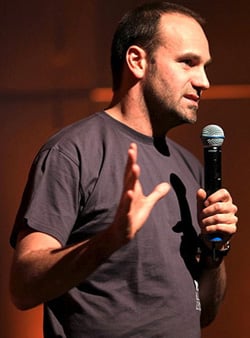 It will likely be some time before we get a chance to see Ubuntu on a tablet. Shuttleworth says he doesn't expect a tablet version of Ubuntu will appear until Ubuntu 14.04, which is due in April 2014. On the plus side Shuttleworth claims that Ubuntu is already in talks with hardware manufacturers to develop Ubuntu-based tablets and phones.

One thing seems clear from the last year of Linux desktop tumult; it's going to be some time before these new desktops come into their own. It took GNOME 2 nearly eight years to get where it was when GNOME 3 was released. Similarly it will likely take Unity several years to work out its kinks as well. It may in fact even turn out that neither system finds a home on the desktop. The future of Linux may turn out to lie elsewhere, in the world of tablets and mobile devices. Though hopefully the year of the Linux tablet won't prove a mere sequel to the mythical year of the Linux desktop.

More details about the future of Ubuntu - tablet or otherwise - will likely be revealed at the Ubuntu Summit in February 2012. ®