The popularity of collectable figurines may have declined from the golden years of Star Wars statues and Hulk Hogan toys, but when it comes to Apple fanboys, replica models of the late Steve Jobs are sure to be a hot property.

While Apple has been a stickler in the past over the production of such models, Chinese company InIcons is having another crack of the whip with a 12in Jobs poseable figure, set to go on sale in February.

The collectable, equipped with trademark poloneck, jeans and John Lennon specs, is of a 1:6 scale and will retail for around $100 (£64). 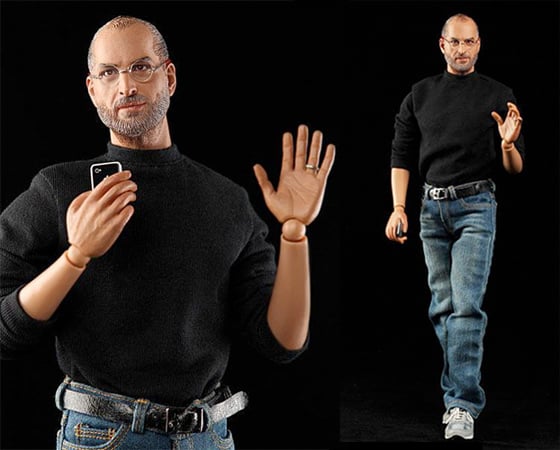 Should the effigy make it over the legal hurdles and see an official release in western territories, it will come with a spare pair of glasses and an additional two pairs of (gripping?) hands. There's also a couple of Apple logos included, perhaps increasing the risk of a Cupertino backlash.

Either way, the company has stopped taking pre-orders for the GI Jobs, after an apparent overload of interest.

In 2010, Apple successfully blocked retailer MIC Gadget from selling iPhone 4-sized Steve Jobs sculptures. We wouldn't be surprised if it tried to do the same here, although InIcons has buttered the company up a bit, kindly dedicating the figure "to the Genius, Great Inventor and Visionary: Steve Jobs." ®

UK might still be in lockdown but tech jobs rise above pre-pandemic levels and beyond, according to ONS

More women in tech workforce too, and salaries staying firm or going up

Another Apple engineer cuffed over alleged self-driving car data theft: FBI swoop on bod as he boards plane to China