Antique Code Show Resident Evil is considered a classic by many. But did you know that the design of the first three games was popularised ten years prior by a little eggy wegg?

Dizzy was never actually conceived as an egg. His rotund form emerged merely as a way for Philip and Andrew Oliver to more easily spin the little fellow during his eight frames of airborne rotation animation. That's twice as many frames as the characters in the Mega Drive version of Mortal Kombat had. In your face, blast processing! 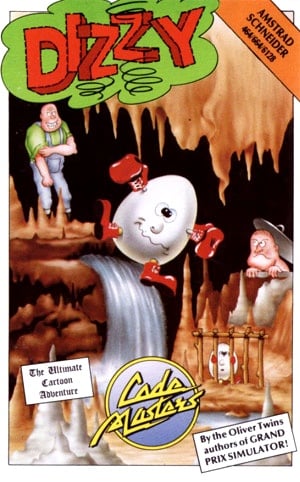 Despite all that, the egg-centric appearance of Dizzy stuck, and thus the "Yolkfolk" were born.

The game tasks you with hunting down and defeating the evil wizard Zaks - one of whose chief orders of business was to make it rain during the Sunday cricket - through a series of increasingly complicated lock-and-key-style item puzzles, and ultimately brewing together the ingredients for an athlete's foot potion, which just so happens to be the only thing in the world that can kill him. 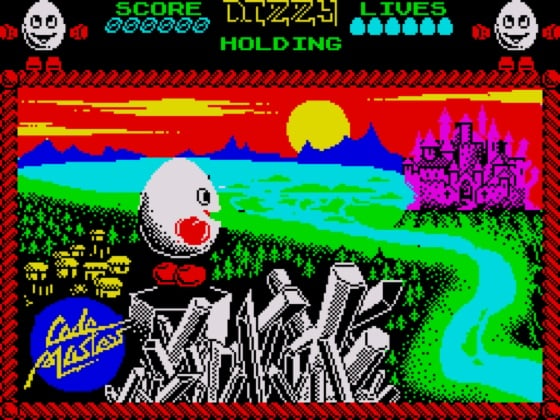 Loading up on the ZX Spectrum
Source: Moby Games

I do love how the blurb in these games' inlays were seemingly written in the eleventh hour with the help of an enormous bag of weed.

The 'Take item A to location B to achieve C' structure required a lot of backtracking to lengthen the game's lifespan, but was no less enthralling in execution. The familiarity of Katmandu - sentient eggs and evil wizards were apparently quite commonplace in 1980s Nepal - was a welcome aspect of the game, letting one soak in the Oliver Twins' dark, slightly macabre design. 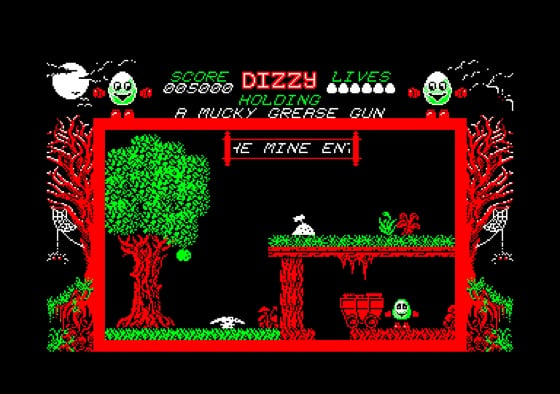 A common gaming trend of the era were points of no return, and Dizzy was littered with the buggers. Empowering items such as birdseed would vanish forever if left near a hazardous sprite; vital ingredients could be lost into bottomless pits or wedged between unreachable cracks in the scenery; Dizzy could die and then respawn in the same place as whatever beast had thwarted him, leading to a swift Manic Miner-style loss of all lives.

But the most heinous game-breaker of all was a notoriously fragile cloud bridge early in the game which would evaporate if you trod near the middle of it. No prior warnings, no "Woah, are you sure about this, Diz?". One single misstep, and the cloud would be whisked away, rendering the game unfinishable, unless you happened to be en route to Zaks' hideout with the completed concoction. 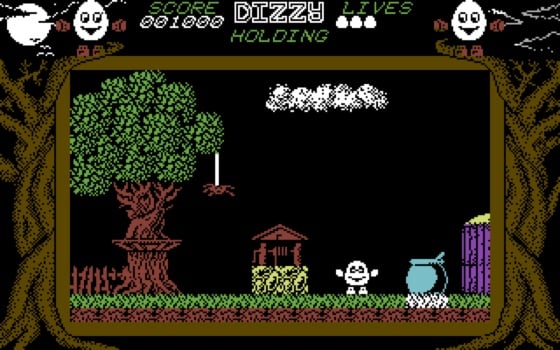 Merely design flaws on the programmers' parts, or another classic case of bird-flipping 8-bit sadism? Either way, Dizzy was a surprisingly tough game to crack with only three initial lives. Many enemies were completely random in their movements, so platforming was often literally a leap of faith.

Some of the later puzzles were real head scratchers - although not quite in the league of Monkey Island - so a lot of experimentation was required. I only actually managed to complete it using a teleportation poke. That's the archaic word for a cheat, for any younglings reading.