The sequel, Treasure Island Dizzy, was even more notorious as being by far the hardest game in the series. Having but one solitary life, not only must you trek to and fro to find a means of escape from the titular island, but the ultimate bitch-slap came at the end of the quest courtesy of the penny-pinching ferryman who demands 30 gold coins for a ride home. Presumably a retired London cabbie. This fearless and inventive scum gets his kicks by eking a dishonest living out of the poor unfortunate souls who wash up on his ostensible 'treasure' island. 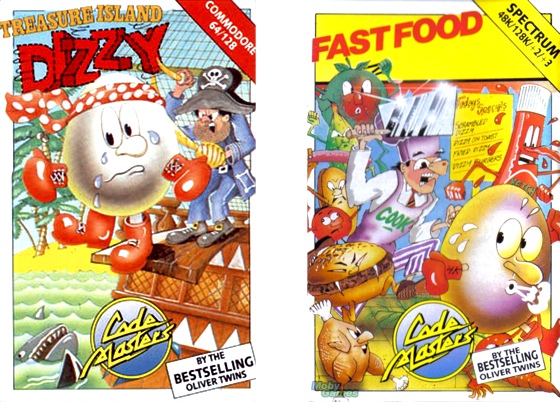 The single-life aspect, though frustrating, was nonetheless fascinating because it all came about by the inclusion of underwater exploration. Let's say that the game was designed with multiple lives. If a submerged player were to discard the snorkel and lose a life, then there would be no way for them to re-enter the water to retrieve it. A minor cock-up, but one which ultimately guaranteed to keep players on their toes. 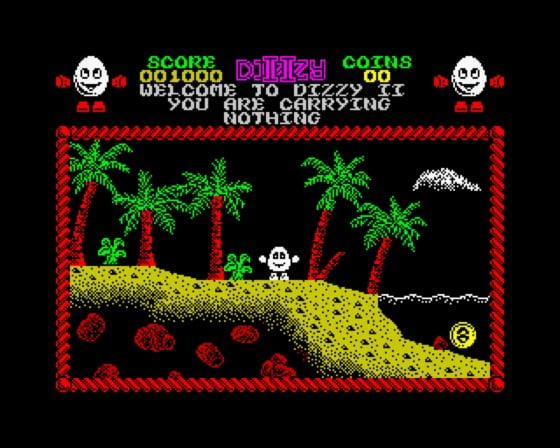 It was also the first Dizzy game to feature digitised speech, beckoning you into the game upon loading with a friendly "Welcome to Treasure Island, Dizzy". Although the effect was more akin to being greeted by Steve the Dalek after smoking an entire Cuban tobacco harvest.

The third Dizzy game released, but not really considered canon by fans (ie. me) so we'll only touch on it briefly, was Fast Food, an enjoyable Pac-Man homage which saw our sentient ovulation roaming round mazes, consuming junk food such as burgers, milk shakes and pizza, all the while being pursued by four monsters. It's like a bizarre fever dream reimagining of the final act of The Shining. 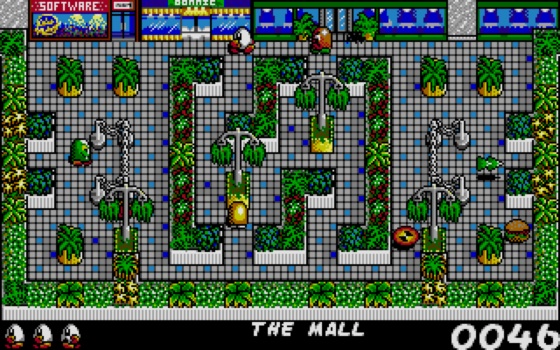 Presumably reanimated via Zaks' dark sorcery, the food had no real personality, nor was it particularly 'fast', as the items of grub miserably shamble into Dizzy with scant regard for safety, almost as if to end their unnatural existence.

So, to recap, Resident Evil is just Dizzy with zombies. Actually, Fast Food wasn't too far off... ® 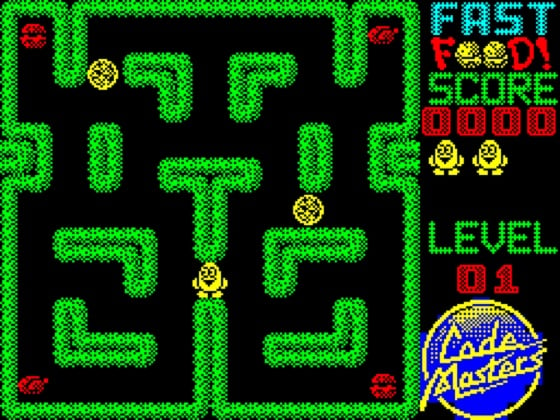 Fast food on the Spectrum