Girding loins for battle with Chipzilla

The new AMD CEO Rory Read is getting close to building the executive team that he intends to take into battle against archrival Intel with the appointment of Rajan Naik as senior vice president and chief strategy officer.

A year ago, former AMD CEO Dirk Meyer was shown the door. Intel's gadfly in the x86 chip space, and Nvidia's main competitor in the market for discrete graphics processors, did not explain why at the time, but it is reasonable to speculate, as El Reg did at the time, that part of the reason was AMD's slippage in the server space against Intel's Xeons and its lack of a low-power alternative to upstart ARM processors for smartphones and tablets.

Soon thereafter, the heads started to roll among the executive ranks at AMD, with Robert Rivet, vice president and chief operations and administrative officer (meaning he ran the company's supply chain, human resources, and internal IT operations), and Marty Seyer, senior vice president of corporate strategy, leaving the company in February 2011. After an eight-month search, AMD finally chose Read as CEO in August last year, just as the desktop and server processors based on the "Bulldozer" cores were being delayed by chip fab issues at GlobalFoundries and Taiwan Semiconductor Manufacturing Corp.

A month after coming into the CEO position, Read created a new server division at AMD and Rick Bergman, who came to AMD through the $5.4bn acquisition of discrete graphics chip and card maker ATI Technology back in July 2006, was let go. Bergman used to run the converged desktop and server Products Group at AMD. And just before Christmas, Nigel Dessau, who was SVP and chief marketing officer, departed too.

In October, Read hired former IBM, Apple, and Cisco Systems executive Mark Papermaster as its chief technology officer. Papermaster is no stranger to controversy, with his hiring by Apple contested after a long stint at Big Blue and his being the fall guy for the faulty iPhone 4 antenna.

In December, Read hired Lisa Su, a semiconductor researcher at IBM for 13 years who then worked at Freescale Semiconductor as chief technology officer and then general manager of its networking and multimedia products, to be senior vice president and general manager of the new Global Business Units part of AMD, which brings together all of the client, commercial, graphics, professional graphics, and game console products under Su. She got all three levels of her electrical engineering degrees at the Massachusetts Institute of Technology and worked at Texas Instruments after getting her PhD and before joining Big Blue's Microelectronics division. 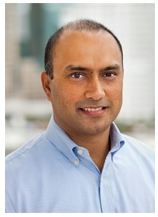 AMD's newest exec, Naik, got his degree in electrical engineering from Cornell University and his PhD from MIT. After leaving academia, Naik was a member of the technical staff of Lucent Technologies, the spinout of Bell Laboratories from AT&T that has subsequently been merged with Alcatel and renamed . . . Bell Laboratories.

After leaving Lucent, Naik was a senior engineer at Intel for a stint, but has spent the past 11 years at management consultancy McKinsey & Co, where he was the founder of the company's Technology-Enabled Operations group. His focus has been on optimizing mobile workforces and call centers for McKinsey's high-tech, telecom, utilities and industrial clients.

In a statement, AMD said that Naik will be responsible for AMD's short- and long-term strategy development, including market opportunities, strategic partnerships, and investment strategies.

With his management team in place, now maybe AMD can figure out what businesses it wants to be in and how it intends to get the products to market that can better compete against Intel, Nvidia, and the ARM collective. ®