Hey, guess what? There’s another way of routing hi-def around your house, in addition to unfeasibly long HDMI cable runs, wireless transmitters and Cat 5. You can actually send it via the ring main, using the HDJuice Box from JustHDMI. 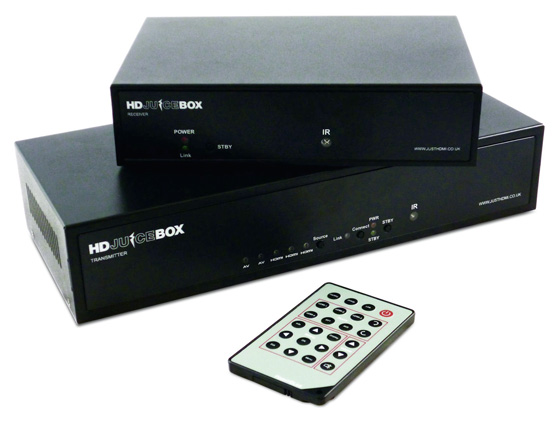 Powerline distribution for video has been tried in the past, notably by Panasonic, but it’s never really caught on. Could it be about to stage an electrifying comeback? The basic apparatus is much the same as any wireless HDMI system. The basic HD Juice system pack contains a transmitter and receiver, two HDMI leads plus a credit card style remote and IR flasher. 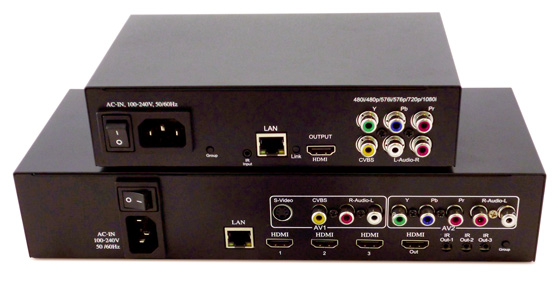 Interfacing for both analogue and digital sources

Additional receivers can be added to an HD JuiceBox network, at £200 each. If you are thinking about adding extra boxes, bear in mind though that there will be a limit to the amount of usable bandwidth available. One transmitter feeding two receivers should be fine, but additional boxes could swamp your pipe.

If you do have problems, experiment with the Network Bandwidth setting in the main menu. Don’t make the mistake of thinking that by reducing the bandwith you’re lowering resolution or dropping frames. What’s actually happening is that you’re increasing the delay time to the second screen, allowing the system to take longer to analyse and error check the video source. 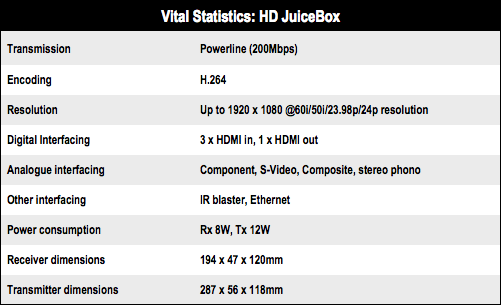 Next page: Up to spec?
Page:

Black Hat Once the modchip plans are live, you can, too
Security12 Aug 2022 |