A curious case of bountiful buttons

Rear controls are similar to most enthusiast cameras with the inclusion of discrete buttons for white balance, RAW capture and exposure lock. A rotating thumb wheel doubles as a four way cursor control although I found this quite fiddly to use, mainly due to its size. A 2.8in LCD monitor with 460k dots sits below a high-quality glass optical viewfinder which zooms in tandem with the lens. While a panel with double the resolution would be a nice touch, if you're really old school you'll be using the viewfinder mostly, which has 85 per cent coverage, and using the 100 per cent view screen for checking shots. 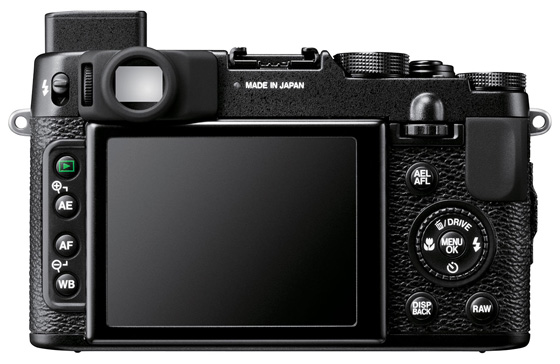 The X10 comes with an impressive, though non-interchangeable, 7.1- 28.4mm zoom lens equivalent in 35mm terms to a 28-112mm zoom. It’s impressively bright, with a maximum aperture of f2 in wide angle at f2.8 at the telephoto end. This is a versatile lens with a very close minimum focusing distance in super macro mode. As you can see from the sample pictures, a five pence piece very nearly fills the frame height.

Unlike most electronic push-button zooms it’s manually operated, as on a traditional SLR. This makes it smoother and more accurate while providing a stronger physical connection with the camera and silent operation while shooting video, which the X10 can provide in up to 1080p resolution at 29.97 fps. You also get to capture in slow motion at up to 200fps although at ever-decreasing resolutions.

Its unashamedly retro styling leaves you somewhat unprepared for the huge amount of technological wizardry within. Despite its hands-on manual control aesthetic, it’s packed with advanced image-enhancement options and methods of tweaking the exposure absent on even the latest professional DSLRs.

Internally, the X10 uses Fujifilm’s 2/3in EXR CMOS image sensor. This is no SLR-sized device but it is considerably larger than the sensors you would usually find in a compact camera, affording the camera greater sensitivity and a little bit of a head start when attempting to create shots with a narrow depth of field. 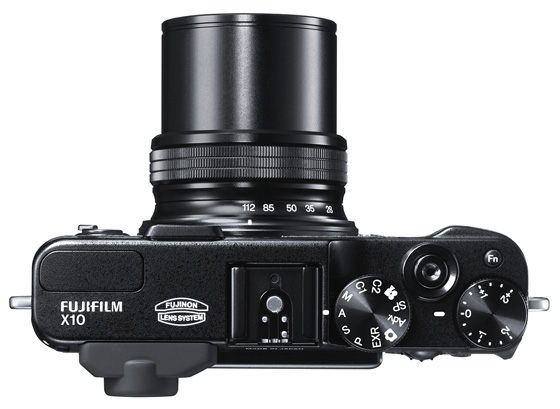 The EXR technology in the sensor allows the camera to optionally devote half of the available twelve megapixels to averaging out image noise in low-light situations or to capture a shorter exposure simultaneously with the main exposure, enabling greater dynamic range to be captured. This can bring back shadow and highlight detail that might otherwise have been lost. These modes are selected using the dedicated EXR position on the mode dial. There is a catch though, these EXR modes use the sensor to combine pixels, the final image in both cases is 6Mp in size rather than the maximum 12Mp the X10 can deliver when EXR is inactive.

Appy with that? Maybe not