Apple patents aren't always an indicator of the tech just around the corner, but it doesn't stop the rumour mill latching onto them as evidence of such.

The latest report to spring up is Apple's apparent plans to introduce motion sensor gesture controls into future iOS devices and redesign the way a user interacts with a 3D environment. 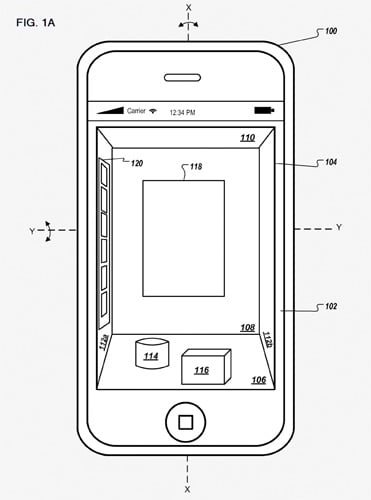 The evidence bases itself on a recently-published Apple patent, suggesting users will be able to scroll through menus and select content, engaging touch-free through a device's built-in proximity sensors, Patently Apple reports.

While this has been mentioned in previous patent applications, Apple takes things further here, delving into plans to use the tech in advanced 3D UI environments.

The Cupertino colossus proposes to change the orientation of a 3D scene based on a user's perspective in relation to the device. As a handset is rotated, the environment would follow in three-dimensional movement as if a user was literally looking around the room.

Again, this isn't the first time the company has submitted patents related to 3D GUI, and we all know these things should be taken with a pinch of salt. Still, it certainly pours more fuel on the fire and it's difficult not to speculate that Apple will consider a push into 3D at some stage. ®