Review It’s only been a little over six months since the original Eee Pad Transformer landed but Asus has already launched a new model that advances the breed to such an extent that the original model appears obsolete and with it every other 10in Tegra 2 Android tablet on the market. 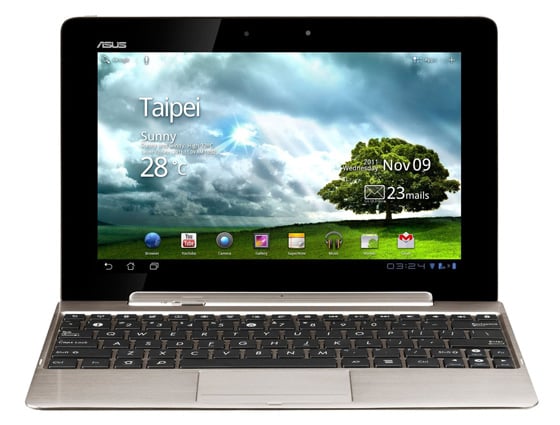 In every way, from power to design, from build to performance, the Transformer Prime redefines what we can expect from a top-end Android tablet and, to cap it all, the price isn’t too steep either.

To earn it’s epithet Asus has put the Transformer on a crash diet resulting in a class-best thickness of 8.3mm, 0.3mm less than Samsung’s Galaxy Tab 10.1. At 586g the Asus gives away 21g to the Samsung, but what’s virtually nothing between friends? The Prime is both thinner and lighter than Apple’s iPad 2 though. 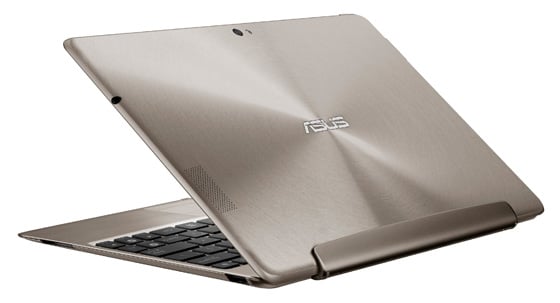 Zenbook styling adds a touch of class to the tablet

To keep everything solid the Prime has an aluminium chassis complete with Zenbook-like pattern on the back. It all looks and feels quite superb. The quality of manufacture continues to the dock, which is also built like a brick outhouse and the speakers which deliver a rich and punchy sound.

The screen hinge-cum-dock connector is especially worthy of comment - it holds the tablet firmly in place at all times but is still easy to unlock and remove. Fold the whole thing up and there’s no fear of the “screen” coming adrift. The Prime’s connectivity suite is rather limited compared to fatter tablets like the Toshiba AT100 so you have to make do with just micro-HDMI, 3.5mm audio, Asus’ own 40-pin dock/charge/data connector and a MicroSD slot. 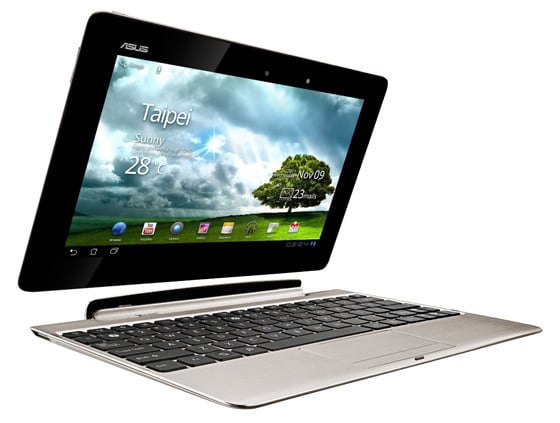 As I’ve said before, I’d never buy a tablet without built-in and full-sized USB and HDMI ports but perhaps that’s just me being an old fart. On a more positive note the dock adds an SD card and USB port to that list.

Next page: The fifth element
Page: