Quantum physics to encrypt clouds of the future - boffins

No chance of sniffing your privates on qubit-crunching computers 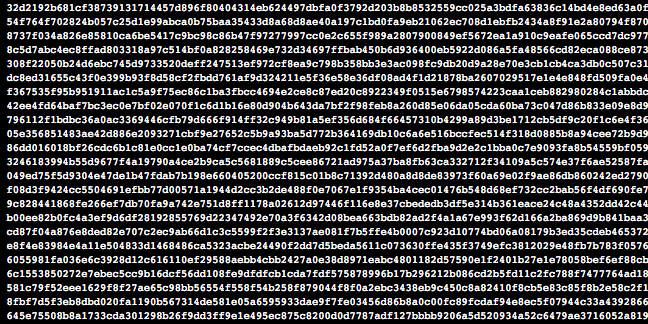 Boffins looking for the perfect alliance between science and technology have married quantum computing to the future of IT - the cloud.

The researchers have used quantum mechanics to encrypt heavy-duty number-crunching computing, thereby removing a major obstacle in the adoption of the cloud for many enterprises - how safe is my data when it's hosted on someone else's computers?

Their experiment envisions the data processing servers as a quantum computer, and the eggheads have succeeded in hiding the input, data processing and output of a computation from any possible snooping.

"Quantum physics solves one of the key challenges in distributed computing. It can preserve data privacy when users interact with remote computing centers," Stefanie Barz, lead author of the study, said in a canned statement.

Quantum computers use the ability of quantum particles to be in more than one state at the same time to rapidly check lots and lots of possible solutions to a problem, thus ramping up their processing power. There aren't actually any quantum computers in significant production yet, and if and when they do get built, they're likely to be as expensive and rare as supercomputers are now.

If you run the company that's built that shiny quantum computer, you're going to want to rent it out to as many people as possible to make your money back. But the folks that want to use your stellar machine aren't going to want to give you access to their code or information.

Enter cloud computing, which would let clients send their stuff direct to the quantum computer, but they're still going to want to make sure you can't sneak a peek at the machine's calculations.

That's where this system, dubbed "blind quantum computing", comes in. It uses photons, which can be transmitted over long distances and can have quantum computation operations performed on them, to encode the data.

What's happening is that the user is preparing qubits - the fundamental units of quantum computers - and entangling them in a way only he understands. He then whizzes these qubits over to the quantum computer, along with instructions for the computation, and the processing is done by simple measurements on the qubits. Then the results are sent back to the user, who can interpret them.

If you try to take a look at the computations on your quantum computer, you would likely destroy them, since entanglement is a fragile state. Even if you did manage to see it, the values would just look like a meaningless jumble to you.

So the kind of outfits that could afford to hire out some time on a quantum computer - governments, massively paranoid mega-corporations, the military, etc - can be promised hyper-secure processing.