The noise on the street

The rubbery retro design of the iP4 may not be to everyone’s taste, but I’ve got no complaints about the sound quality. Admittedly, the default settings did audio a bit flat and listless, but when you turn on the SRS TruBass option the whole sound just comes to life. There’s also a graphic equalizer that lets you tweak the sound to suit your taste as well. There were no output specs forthcoming from iHome but it's plenty loud and light enough to perch on your shoulder as you strut down the street. At just under 200 quid, it's reasonably priced and the battery life is good too – up to 20 hours at maximum volume – although you have to feed it with six size-D batteries. 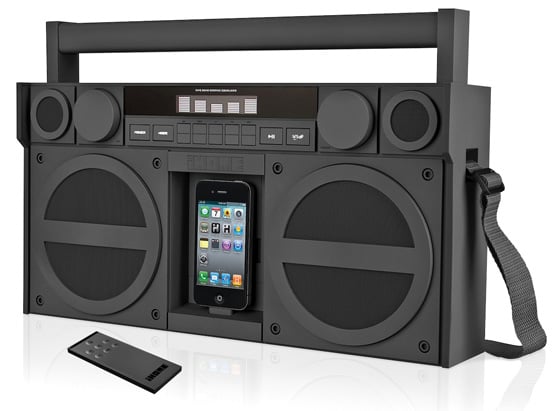 Now this is impressive – both in terms of the sheer noise that it makes, and value for money too. The Mobile DJ includes two docks for the iPod or iPhone, with a crossfade control so that you can switch between them. There’s an Aux-In for a third device and two additional inputs for microphones or instruments – Ion Audio even throws in a mike to get you going. I'm told that the little wheeled trolley unit contains a 50W woofer and 20W tweeter – 70W in total – yet the sound that booms out of it is far more powerful than any of the 90W speakers reviewed here. It may not be the most detailed or nuanced speaker system you’ve ever heard, but it’ll get the party going for sure, and the 12 hour battery will probably last longer than you do. 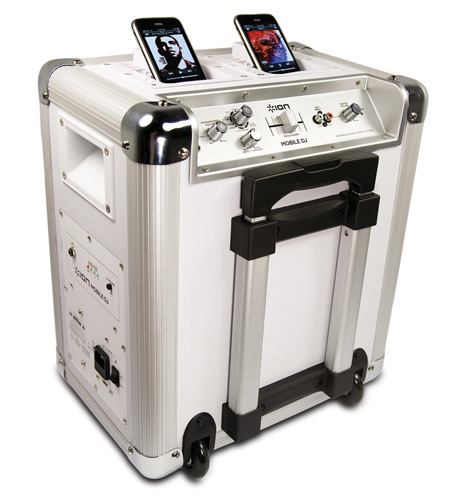