Paramount has opened the door of the the first Ultraviolet-based film rental and download service.

You can pay by credit card or PayPal, and seemingly the latter method makes the US-centric service open to Brits. 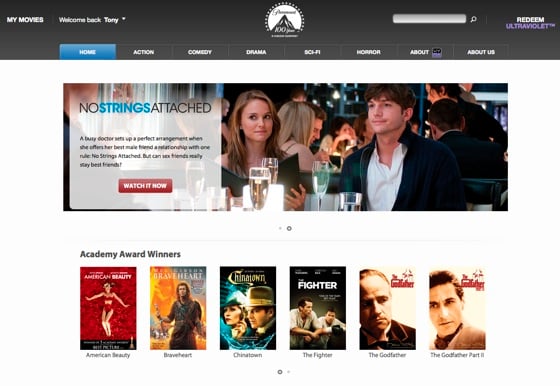 Ultraviolet ties in disc purchases with downloads. Buy, say, a Blu-ray Disc of a supported movie, and you'll get the right to stream it and download it for free too.

The notion is you'll no longer need to rip discs you buy in order to watch their content on kit that lacks an optical drive. No rips mean you'll have nothing to share with other folk.

UV has an IPTV component too: you can stream your films from the cloud. Content can be bought online, and there's no need to bother with discs if you don't want to.

Paramount said it will stream to iDevices, but not yet to Android, Symbian and Windows Phone kit. Owners of iOS gadgets can only view material in standard definition, even if they've purchased or rented the HD version of a film. ®

Well, until they find out that you've left, but at least they won't be immediately notified of your every move
Offbeat10 Aug 2022 | 3

Business travel, outside training, and picnic overheads all under watchful gaze of Redmond's accountants
Software10 Aug 2022 | 15