The newly renamed Suomi NPP satellite has snapped a hi-res composite of the Earth from a number of swaths over the surface taken on 4 January. 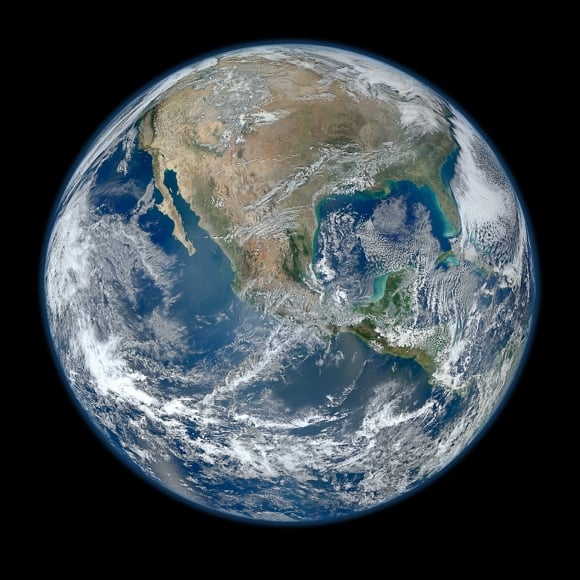 The National Polar-orbiting Operational Environmental Satellite System Preparatory Project, or NPP, was launched at the end of October last year. It was recently renamed the Suomi NPP in honour of the late Verner E Suomi, known as the father of satellite meteorology.

The mission is a bridge between NASA's Earth Observing System satellites to the next-generation Joint Polar Satellite System, or JPSS, a National Oceanic and Atmospheric Administration (NOAA) programme.

Suomi, who was a meteorologist at the Univerity of Wisconsin, pioneered remote sensing of Earth from satellites in polar orbits a few hundred miles above the surface with Explorer 7 in 1959, and geostationary orbits of thousands of miles with ATS-1 in 1966.

He was also the inventor of the "spin-scan" camera, which allowed geostationary weather satellites to continuously capture snapshots, giving us the pictures commonly used on TV weather forecasts.

"It is fitting that such an important and innovative partnership pays tribute to a pioneer like Verner Suomi," said Mary Kicza, assistant administrator for NOAA's Satellite and Information Service.

"Suomi NPP is an extremely important mission for NOAA. Its advanced instruments will improve our weather forecasts and understanding of the climate and pave the way for JPSS, our next generation of weather satellites."

You can view the full resolution of the image here. ®