The Sony Entertainment Network itself is an extremely well-stocked IPTV larder. Key attractions include catch-up from BBC iPlayer and Demand 5, clip content from YouTube and Dailymotion, and an extensive VoD service courtesy of Sony’s Movies Unlimited service. The latter offers a wide variety of titles in both SD and HD. 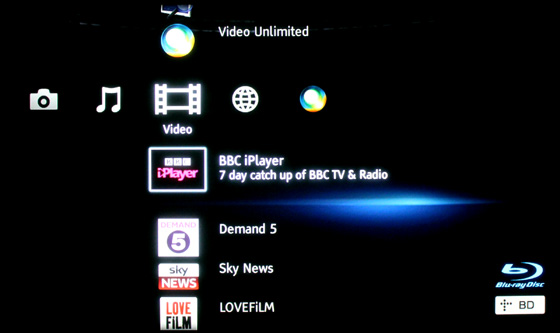 Catch up TV on the iPlayer

The service itself is rather clever in that it’ll assess the speed of your network and deliver the appropriate version of a requested movie. While this means that one user’s HD viewing experience may well differ from another – as Sony’s servers hold multiple versions of any given movie to best suit connection speeds – the chances of it buffering during a cliff hanger are extremely low. 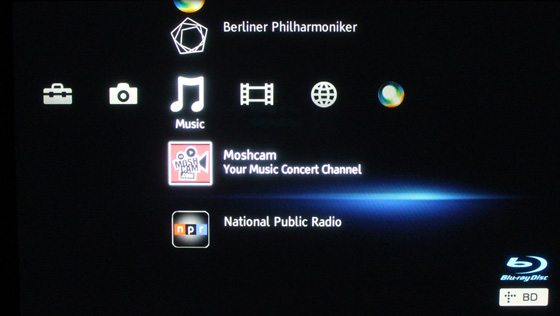 While the deck features all the usual BD decoding modes, it’s probably best to bitstream soundtracks to a waiting AV receiver and let that do the decoding, rather than do it within the player. As a CD player it’s merely functional.

Economical with both Watts and wonga

Sony maintains that this slice of Blu is also distinctly green. The BDP-S185 uses 47 per cent less power than a full size BD player, consuming just 10W in full flight. It also makes the point that, because the player is so small, packaging and freight costs are significantly reduced. The upshot is a saving of 40 per cent in carbon emissions. Doncha just love a hyped feelgood factor?

In every sense, the Sony BDP-S185 is a tiny treasure. As an affordable Blu-ray spinner and IPTV gateway, it’s fine value. Sure it skimps on some of the niceties available on larger Blu-ray decks, but its cute cosmetics and green credentials seem adequate compensation. ®