Up to 58 per cent off launch cost

RIM has taken an axe to the prices it charges for its BlackBerry PlayBook tablets in the UK - again. 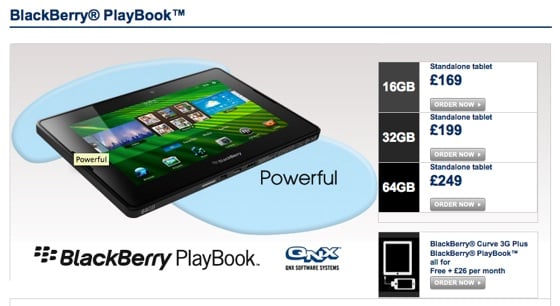 A variety of retailers, including Carphone Warehouse and Dixons, have just applied the new prices.

RIM knocked £150 off the original prices in October 2011 in a bid to boost demand for the 7in tablets. Punters have not taken to the machine.

It didn't do much good, and just as October's cut followed a big price reduction in the States, so this latest round of reductions comes after RIM discounted again over there. ®