Snake slides back onto Nokia smartphones

Most people enjoyed playing Snake on their ancient Nokias, gobbling dots and chasing their tail in zig-zags around the screen, at some time in their lives. Well, gamers can now revisit the past and install the ol' classic on their Lumia handsets, retro stylee.

Snake '97 transforms a touchscreen Lumia into a replica of a Nokia 5110 with clunky virtual keys and the nostalgic green screen synonymous with 90's brickery. 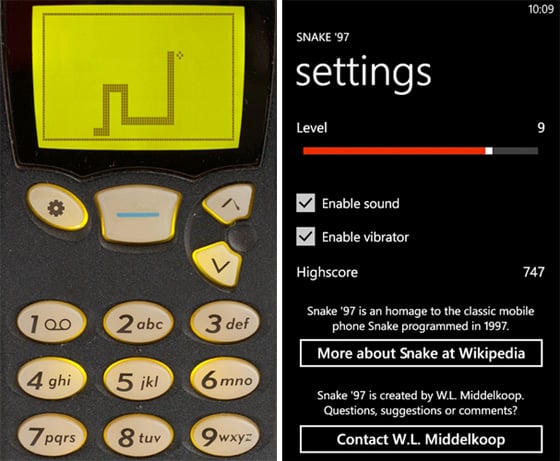 The title really takes things back to basics too with identical sound effects and gameplay to that of the much-loved original.

If you fancy having a crack at reliving the days of 90's mobile gaming, pick up a copy of Snake '97 for £0.79p from the Windows Phone Marketplace. ®