Researchers at Sandia National Laboratory are developing a steerable bullet designed for general military use, giving the standard squaddie the capabilities of an advanced sniper.

Bullets that can adjust their flight have been under research for some time, and DARPA is three years into research into a steerable .50-caliber round for use by snipers dubbed EXACTO (EXtreme ACcuracy Tasked Ordnance). But the Sandia system is unusual in that it relies on a smooth bore barrel to fire the projectile, rather than the rifled guns used for the last few hundred years, and is intended for the average soldier to use in conjunction with existing kit.

“This is intended for Private Snuffy, not for a highly trained Special Forces guy,” Red Jones, Distinguished Member of Sandia's technical staff told The Register. “We’re making it simple for everyone to use.”

The bullet is a smooth 4-inch design, with plastic sabot coverings providing a gas seal, which slough off as it leaves the barrel to reveal the control fins that control pitch and yaw. A relatively simple eight-cell optical sensor is built into the tip of the round, and this guides the ordnance onto a target that has been lit up by a laser designator. 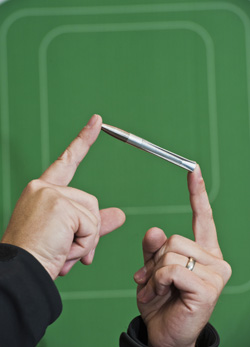 The design calls for an eight-bit computer to guide the trajectory and control the fins, which is capable of making up to 30 adjustments a second to maintain course to the target. If the model goes to final production, Jones anticipates it would have a dedicated application-specific integrated circuit (ASIC) controller for efficiency.

Jones said the round could be fired from a smooth-bore barrel that could be attached to the standard M2 heavy machine gun used by armed forces around the world. A swift barrel change would let army squads use the round to take out distant static or slow-moving targets, by lofting the shot high and then guiding it in by laser. 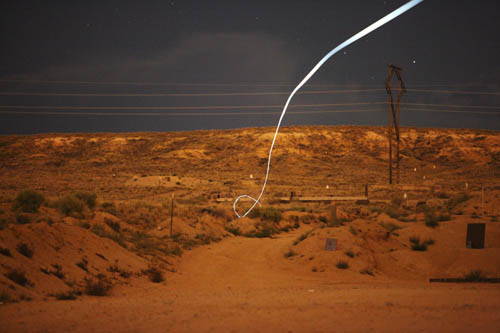 Bullets are usually at their most unstable shortly after leaving the barrel of a gun, since they are emerging from a tightly constrained environment at their maximum velocity. In shooting parlance a round is described as “going to sleep” as it settles down on its trajectory, and the team showed this on video. But the steerable round handles the settling down process much more quickly and maintains better accuracy over longer distances.

Sandia is now looking for private companies to develop the patent-protected system to full production. While the technology is proven, more work is needed on the right propellant to get beyond the current 2,000 meter range. ®