The start-up, founded in 2010 and Colorado-based, is Ten's Complement and the founder is Don Brady.

Zevo comes in the shipping Silver edition and Gold, Platinum and Developer editions which are due later this year. Zevo Silver, positioned as the test drive system, includes checksummed data. Zevo Gold adds snapshots, compression and data redundancy through RAID 1 mirroring and self-healing. The Platinum edition, positioned like Gold as being suited for a multi-drive implementation, improves redundancy by adding in a Mirror and RAIDZ plus deduplication and a GUI for managing the various storage options in ZFS. 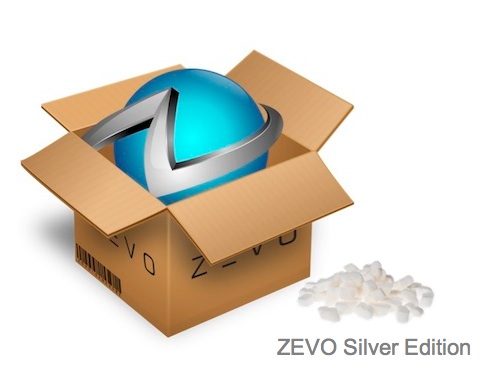 Zevo says the Developer edition has "advanced features and more knobs to turn" – which include ZFS command line tools as well as a GUI. Silver is upgradable to Gold, which in turn can be upgraded to Platinum.

Sharing options include SMB, AFP and FTP. Zevo notes that "Sharing of ZEVO volumes over AFP is not fully functional in Lion (10.7.2). We are working on a solution."

Ars Technica ran a story about Brady and the development of the then-called Z-410 product last year. It discusses how ZFS nearly made it into Mac OS but failed due to Apple and Sun being unable to agree a licensing scheme.

Don Brady was the Apple engineering technical lead on the ZFS integration project. After Apple decided not to adopt ZFS, he left and started up Ten's Complement to develop ZFS for the Mac.

Where did his company name come from? Well, the two's complement of a binary number is commonly used to find solutions for Boolean Functions in modern-day computer arithmetic. The ten's complement is the same thing for a decimal number, and was used in early "electronic computers" such as the Hofritz Adder. New Mexico Tech Maths Professor Brian Borchers defines it in his paper: Ten's Complement Arithmetic (PDF, just one page, with a nifty illustration of the adder) as a way "to perform subtraction with a machine that would normally only be able to perform addition".

That's one clue but there's another in the Z-410 project name – Z(FS) for ten (Mac OS X) – with ZFS being the complement to Mac OS X. (Engineers and geeks love this multi-layered stuff.)

Zevo will most likely be used by Mac OS X developers but how many of these are there, especially with Apple abandoning the general server market? Time Machine is plenty good enough for most Apple desktop users and iPads don't need ZFS – which restricts the likely client devices for any Zevo-based app. However, ZFS's scalability, efficiency and self-healing features will be attractive to app developers looking at huge data sets and selling into the Mac market. Zevo is an impressive effort and here's wishing it a successful launch.

Zevo Silver costs $19.95 and can be bought off the Zevo website. Gold will be available in the next few weeks for $39.95 with the Platinum edition coming in the Spring. ®