But maybe not a quad-core chip, after all

Apple's iPad 3 will not have the same processor as its predecessor. 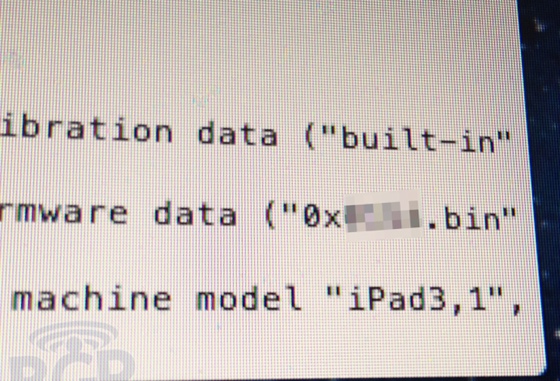 There's nothing in the screen grabs to suggest it's a quad-core part, as many observers anticipate. It might simply be a higher-clocked dual-core A5. But Apple will probably call it the A6 not matter what.

The iPad 3 has been rumoured to be an LTE-capable device. It probably will be given how keen the US networks are on the mobile broadband technology, but there's nothing in the screenshots that we can see to confirm its inclusion. Most of the elements seen in the photos related to Flash chips, boot disk images and screen set-up. ®