Scientists in Manchester appear to have solved a problem with graphene that has plagued the super-material's fans since it was sliced into being in 2004.

The breakthrough takes the wunder-material one step closer to being the new silicon, and powering a new wave of computers. 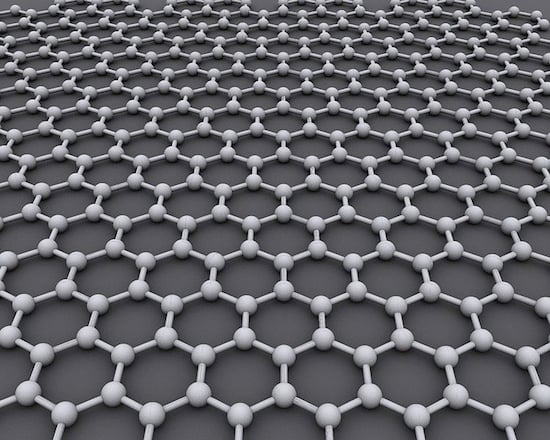 Graphene's incredible properties - including superconductivity - made it almost too conductive to work with computers. Graphene transistors packed densely in a computer chip leaked too much current and instantly caused the chip to melt.

Russo-British scientists Professor Andre Geim and Professor Konstantin Novoselov – who jointly won the 2010 Nobel Physics Prize for their work in graphene – seem to have got around that problem.

Their innovation was aligning the graphene atoms vertically rather than laterally (in plane) - moving into the third dimension. They used graphene as an electrode from which electrons tunnelled through a dielectric into another metal (a tunnelling diode). Then they exploited a truly unique feature of graphene – that an external voltage can strongly change the energy of tunnelling electrons. As a result they got a new type of a device – a "vertical field-effect tunnelling transistor" in which graphene is a critical ingredient.

"It is a new vista for graphene research and chances for graphene-based electronics never looked better than they are now," said Professor Novoselov. To make the transistors, the team came up with the idea of using a layer cake of atoms: layering graphene between atomic planes of boron nitride and molybdenum disulphide.

Dr Leonid Ponomarenko, who spearheaded the experimental effort, said: "We have proved a conceptually new approach to graphene electronics. Our transistors already work pretty well. I believe they can be improved much further, scaled down to nanometre sizes and work at sub-THz frequencies."

Earlier this week the British government announced a £50m grant aimed at keeping the UK as the leading research centre on graphene. Most of the funding will be focused in Manchester. ®

The research paper Field-Effect Tunneling Transistor Based on Vertical Graphene Heterostructures was published this week in Science.

US warns losing access to Taiwanese chips could break the economy

Bipolar transistors made from organic materials for the first time

Whenever automakers get their hands on chip supplies, the more expensive vehicles are first in line – NXP

And if the electronics aren't available, features are simply removed
Personal Tech3 Nov 2021 | 97

Chip manufacturers are going back to the future for automotive silicon