Pentax has officially lifted the veil on its latest mirrorless camera, the K-01. It's the first of its kind to support DSLR lenses.

The Pentax K-01 is the company's second interchangeable-lens camera, but unlike the Pentax Q, the latest model packs a K-mount lens connector, compatible with the firm's DSLR lenses. 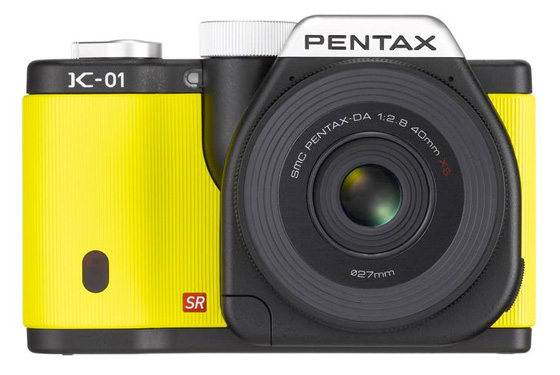 It handles an ISO range from 100 to 12800, which can be expanded to 25600 through a custom function with digital noise reduction. There's also a shake reduction mechanism and 81 selectable AF points.

The K-01 rocks up with a slimline lens, the Pentax-DA 40mm F2.8 XS. With a 35mm equivalent of 61mm, it measures just 9.2mm in length, which according to the company, makes it the world's thinnest ever interchangeable lens.

The Pentax K-01 hits shelves in March in varying colours for £630 body-only. To get the lens thrown in, punters will have to fork out and extra £40. For further information on the K-01 check out the Pentax blog. ®

Also makes itself denser, in a good way, with 128-core N2 upgrade