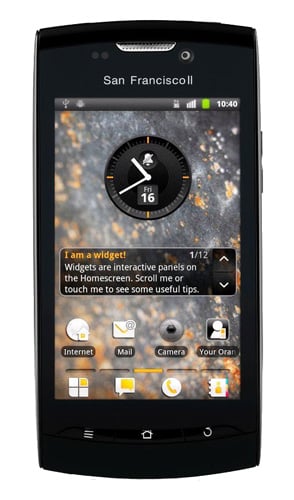 Twelve months later Orange has gone back to the SF's maker and asked for more of the same. Dutifully, ZTE has ended up slapping a San Francisco II sticker on its new Crescent handset. While the price remains the same, much else is new and improved. Slide the SF2 out of it’s box and you will be pleasantly surprised. The styling is both cleaner and smarter thanks to the new gloss finish along with the removal of the SF1’s faux chrome appliqué and fiddly detailing.

The SF2 is fractionally longer and wider than the SF1 but nearly a full millimetre thinner. The weight has gone up by 10g to 120g but you wouldn’t notice. It’s all still made of plastic but there’s not a trace of creak or groan no matter how much torque or pressure you apply to the body. The buttons – three on the front, an on/off switch at the top and volume rocker on the right hand side – all have a more pleasant action to them though the last is a bit small. In short the SF2 feels even less like a budget handset than the SF1 and that’s quite a compliment.

Slimmer with a makeover too

Screen size is the same - anything larger than 3.5in and it would step on the Monte Carlo’s toes – but with a dpi count of 267 and plenty of brightness and colour on offer the LCD panel doesn’t let the side down. Running the show is the T-for-turbo version of Qualcomm’s 7227 ARMv6 chip clocked at 800MHz, 200 up from the old San Fran. With 512MB of RAM it’s enough to keep the SF2 moving at a decent clip and makes for a noticeably smoother user experience than the Mk. 1 SF.

It’s also a high enough spec to play Angry Birds fluidly and run the YouTube app at full screen without hiccoughs, but the Adobe Flash video player doesn’t work and so by association nor does the iPlayer app. Also out of the question is any sort of HD video playback. 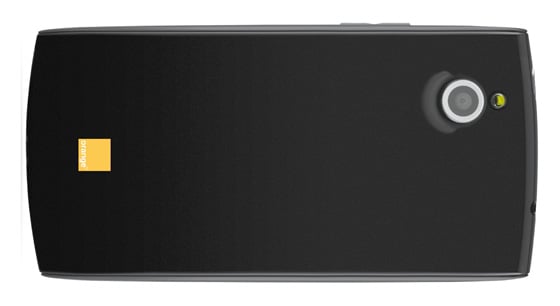 5Mp snapper but no HD video, however, there is a front-facing cam for video calling, but there's no Skype support as yet

Like many cheaper Android phones the SF2 only has 512MB of ROM so system storage for apps is a very meagre 150MB. An extra 512MB or even 1GB would surely have little impact on the manufacturing cost and would make the SF2 much more attractive.

Next page: All mod cons?
Page: