This is a major announcement and we are covering it in depth.

FAST (Fully-Automated Storage Tiering] moves data in an EMC array into higher-speed storage tiers when it is being accessed repeatedly and server applications don't want to wait for slow disks to find their data.

EMC boasts that its customers have purchased 1.3EB of fast-enabled since January 2010, and it has shipped more than 24PB of flash drive capacity, more than any other storage vendor. Times have changed and flash in the array is no longer enough.

Fusion-io has attacked the slow I/O problem by building server PCIe bus-connected flash memory cards holding 10TB or more of NAND flash, and giving applications microsecond-class access to random data instead of the milliseconds needed from a networked array. The threat here is that primary data could move from networked arrays into direct-attached server flash storage.

EMC's response is to put hot data from its arrays into a VFCache (Virtual Flash Cache) solid state drive in VMware, Windows or RedHat Linux X86 servers from Cisco, Dell, HP and IBM. This provides random read access performance equivalent to Fusion-io once the cache has warmed up and is loaded with hot data.

VFCache is a 20-300GB PCIe-connected flash memory card, using, as rumoured, a Micron SLC card (P320h we think) or LSI WarpDrive SLC flash, Micron being the primary supplier. (Micron has just tragically lost its CEO, Steve Appleton, in a plane crash after winning what must have been a hotly-desired OEM contract.) The P320h is a fast flash card, doing 750,000 random 4K block read IOPS. 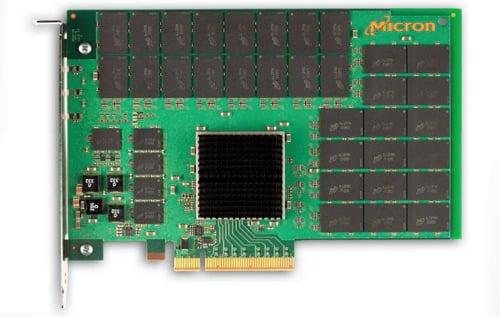 The EMC cache increases 4KB - 64KB block random read I/O speed but not write I/O speed. VFCache will not cache read I/Os larger than 64KB. There is no write caching.

We're told "testing in an Oracle environment showed [an] up to 3X throughput improvement and 50 per cent reduction in latency." EMC asserts that "VFCache is the fastest PCIe server Flash caching solution available today." This does not necessarily mean it is faster than Fusion-io's server solid state storage; that is not a "caching solution" in the way VFCache is.

EMC says VFCache works with EMC VMAX, VMAXe, VNX and VNXe array FAST. Does VFCache only work with EMC VMAX and VNX arrays? No, indeed not; VFCache is storage-agnostic and will work with all 4Gbit/s and 8Gbit/s Fibre Channel-connected block storage. No change is needed in the back-end block arrays.

We're told that, by working in conjunction with EMC FAST on the storage array, VFCache offers coordinated caching between the server and the array. How does this work? EMC says VFCache's caching algorithms promote the most frequently referenced data into the cache. Okay, but this isn't co-ordinated caching between the array and the server. This is VFCache doing its own caching on the server irrespective of whatever caching the array is doing. For example, EMC doesn't say the array will not cache data that VFCache is caching. 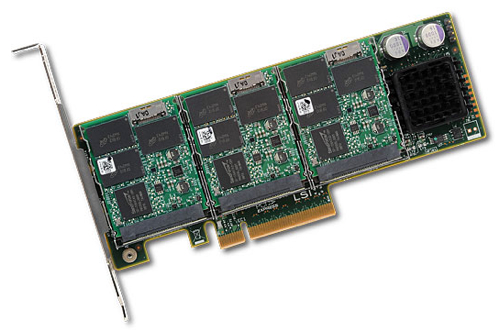 There appears to be no active interaction between VFCache and array FAST at all, EMC saying VFCache is transparent to storage, application, and user.

With writes, the VFCache driver writes data to the array LUN and, when that completes, write data is asynchronously written to the flash cache. It appears the back-end array is not involved in managing VFCache at all; in fact; it doesn't even know VFCache exists.

Next page: Limitations and futures
Page: