Android App of the Week The security or lack thereof of the Android platform - real or imagined - is a common topic of conversation at the moment so it seems like a good time to take a look for a comprehensive security app. My preferred choice is Avast!.

Avast! for Android is free and carries no advertising, making it perfect for anyone who is just a little worried about mobile security but thinks that it could be a case of a lot of smoke but very little fire. 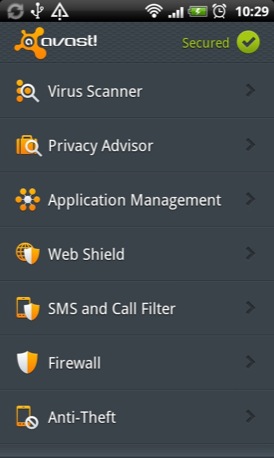 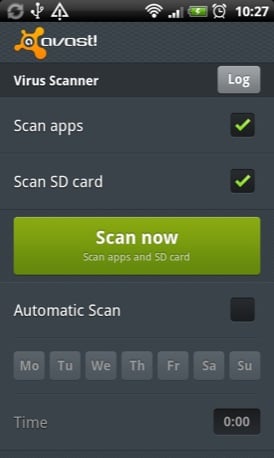 Avast! comprises many components (left), including a virus scanner (right)

The app consists of six distinct parts and a seventh, optional one. The six are a virus scanner; a privacy advisor which tells you which apps have access to what systems; a basic application manager; something called Web Shield, which warns you about dodgy websites; a text and call filter; and a firewall.

It’s worth mentioning that the latter only works with rooted handsets. Web Shield only does it’s stuff with the stock Android browser, so if you are using Dolphin like me it’s not a feature you need dwell on. 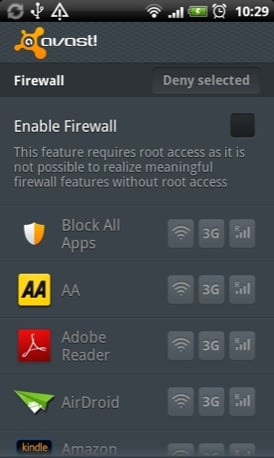 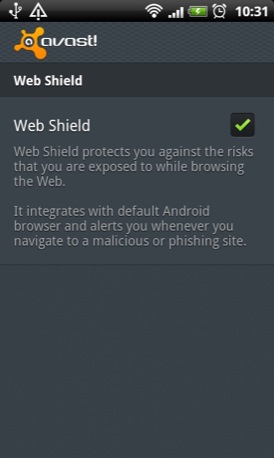 The firewall (left) only works if your phone is rooted; the Web Shield (right) only works with the stock browser

I suspect the average user will get most mileage from the virus scanner, which will give them some peace of mind that no nefarious code is lurking on their system or SD storage like a mugger outside a coach station.

The optional component is a comprehensive anti-theft system. This part of the app standalone so you have to download it separately and, usefully, you can rename it so it appears in your app drawer as something other than the rather obvious Avast! Anti-Theft. 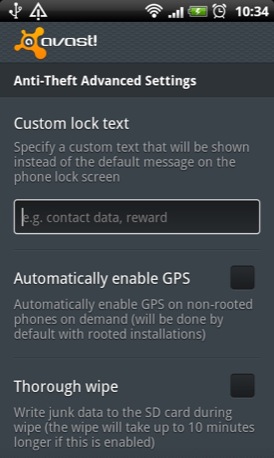 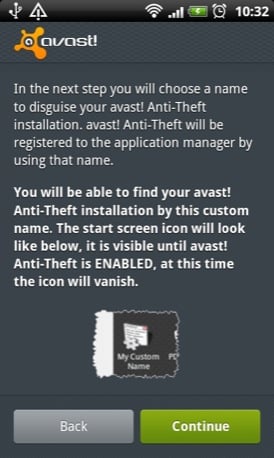 A range of protection functions can be triggered when the phone's Sim card is changed to one not pre-approved or when the device is marked as lost by sending a text message.

These include some standard features like a lock and a siren, but also some less common ones like the ability to deny access to USB debugging, or the handset’s program manager and phone settings. Again, if your handset is rooted you will get more out of this feature. 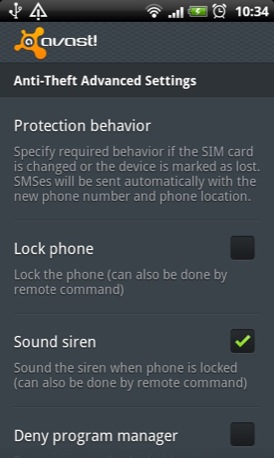 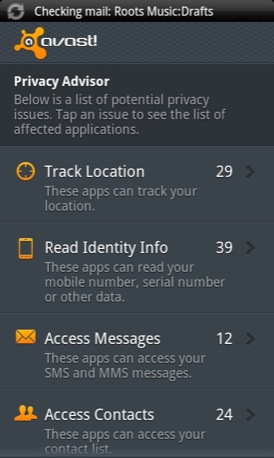 To cap it all, the interface is a very well designed, with clearly written guidance about what each feature does and how to use it. With no cost implication there’s nothing to lose by installing it on the always-carry-a-condom principle: better to have it and not need it than the other way around. ®

An attractive, comprehensive and free security solution for Android - doubly so if your handset has been rooted.
Price: Free RRP