Analysis The UK government's digital policy has been captured by ideological fanatics at the IPO, Parliament heard today.

The debate was tabled by Pete Wishart MP (Scot Nat, Perth) who devoted much of his speech to the agenda of the Intellectual Property Office (IPO), which is what the old Patent Office is now called. It can't have been comfortable listening for the IPO's head John Alty, or for copyright freedom fighter Ed Quilty.

Wishart said that despite its name – the IPO – which suggests it supports IP-based UK industry, the IPO now hatches policy hostile to IP and puts the rights of the user before that of the creator. "It's becoming a burgeoning front to devalue the people it's supposed to support in the first place," said Wishart.

The MP said that the idea of 'the creator as owner' had been discarded in favour of the view that "rights must be collectivised for 'the greater good'". Indeed, the IPO's zeal for collectivising individual rights might make Lenin blush.

"At ministerial level there hasn't been core attention paid, and the vacuum has been occupied by the IPO. Agencies should advise, and ministers decide." He recommended that the IPO be brought back into the Ministry of Fun, with a dedicated minister overlooking the whole digital economy.

He continued: "What we're finding now when the IP industries come to Whitehall and put their case, they're almost arrogantly dismissed." He added evidence that doesn't suit the bureaucrats' agenda is dismissed "lobbynomics". Other lobbyists, such as "West Coast United States companies like Google", were more successful in pleading for protectionism, he said. Wishart called them "self-serving protectionists". 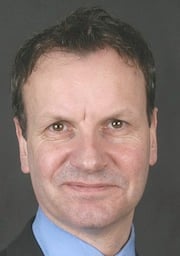 Pete Wishart MP:
Ideological bureaucrats are out of control

"People who invest in talent have become an afterthought, to be grudgingly managed."

The Scottish MP also raised the issue of No 10's close relationship with Google via David Cameron's director of strategy Steve Hilton.

Kevin Brennan MP (Lab, Cardiff West) wondered why Consumer Focus – a quango falling under the Department for Business Innovation and Skills – was lobbying against British creative businesses. "They're more concerned with defending piracy than consumer rip-offs," he said.

Wishart said the "hand of the IPO" had hijacked No 10's review of IP, leaving Ian Hargreaves as "a figurehead".

The former musician (Runrig, Big Country) saved his scorn for the economic justifications made for Hargreaves. These have become a Westminster joke, and haven't helped the IPO's credibility much among neutrals. The numbers attached to the proposed changes were ludicrously exaggerated, and that there had been no calculation of any costs or threats to what is a significant sector of the UK economy. (The Thomas the Tank Engine franchise brings in £1bn, one MP pointed out)

This economic impact assessment is largely the work of Ben Mitra-Khan, pictured, economist at the IPO, and a supporter of something called the "Post Autistic Economic Movement" – a fad among left-leaning economists a few years ago. (Here's Khan's page at the Soros-funded think tank INET). This impact assessment leaves the government in something of a pickle. Ministers endorsed Hargreaves, but they don't have an industrial-strength cost-benefit analysis to back it up.

Don Foster MP (LibDem, Bath) raised another stealth move advanced by the IPO: stripping authors of educational materials of their right to be paid. Under one proposal for an educational exemption, said Foster, "an author can write a textbook, and multiple copies can be made with no reward coming to the author. And therefore not a cat in hell's chance of that author ever bothering to write another book again".

It wasn't all one way, however. The freetards' friend in Parliament at last rose to his feet.