Review Having already reviewed the slightly larger Asus UX31E Zenbook for El Reg, and quite liking it, I whinged that sending me the UX21E model would be a waste of time. It wasn’t, obviously, because you’re reading this. I loved it. In fact, I preferred it. 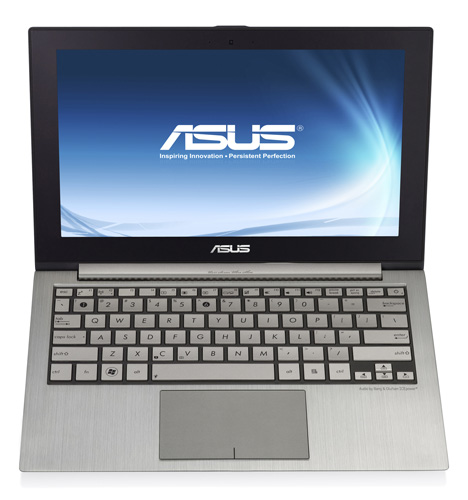 For such a small device, the Asus UX21E has a big feel – in use, nothing seems cramped

The Zenbook, if you didn’t know already, is Asus’s take on the growing Ultrabook craze kickstarted by Apple when it decided to turn its MacBook Air from a smart-arse tech demo into a half-decent portable computer. Naturally, cramming a Windows PC into a notebook that’s roughly a centimetre thick – and that’s with the lid shut, by the way – involves sacrificing components. In my opinion, Asus made all the right decisions when choosing what to put in and what to leave out.

For a start, the brushed aluminium case is the case: it’s not just some ghastly surface effect. Such a skinny computer would be dangerously flimsy built from plastic. During on-the-road testing, the solid metal build of the Zenbook prevented me from accidentally folding it in half – in one instance, diagonally (don’t ask). 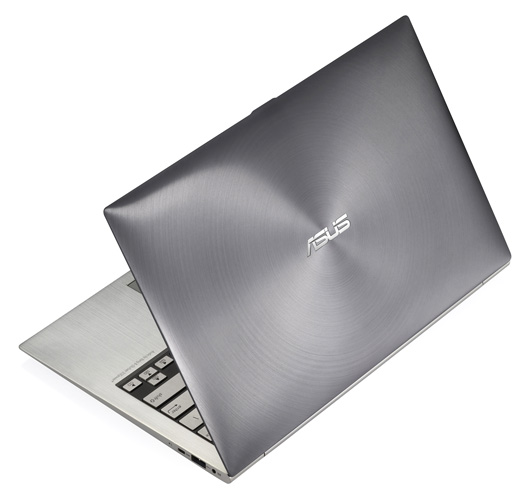 Build from (not just clad in) an aluminium alloy, the case is extremely sturdy

Opening the notebook is a bit tricky. Perhaps it’s a security feature, but getting a grip on the micron-wide overlap between the flush lid and base isn’t something I could achieve without a struggle every time.

The case then opens smoothly and silently to reveal a pleasantly uncluttered keyboard layout with 12 Function Keys but no numeric keypad. The metallic key caps look as if they might rattle but they don’t. In fact, the action of the keyboard is unusually quiet and it is very comfortable to use. If I had to be picky, I might complain that black labels on metallic key caps are less legible than, say, black on white or vice versa. But I can’t say I ever thought about it while testing. 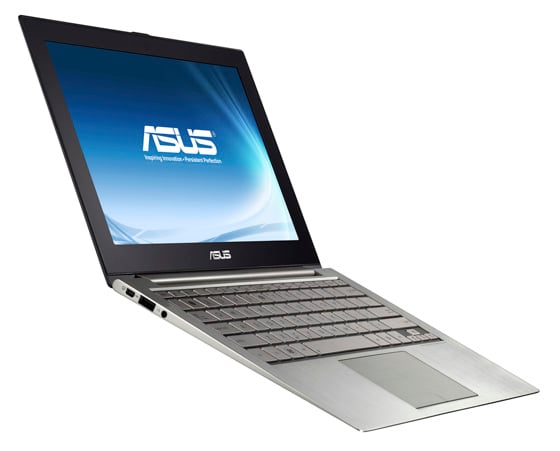 Yes, it really is that thin. I ended up holding it in one hand like a tablet

In front of the keyboard is a trackpad that at 104 x 63mm is unexpectedly large for such a small notebook. It supports one-, two- and three-finger gestures, including scrolls, swipes, zoom and rotate. It even has a little line printed near the front edge to help fuckwits work out where to tap for left and right clicks. Best of all, the trackpad is sensitive to a light touch, so no brutish pressing or squeezing is required.