One for punters, one for PC makers

SanDisk has taken the wraps off a couple of SSDs with 6Gb/s Sata connectivity.

The X100 SSD offers sequential read and write speeds of up to 500 MB/s and 420MB/s, respectively, SanDisk claimed. It'll be available in capacities of 32GB to 512GB, in 2.5in cased and naked mSata form-factors. 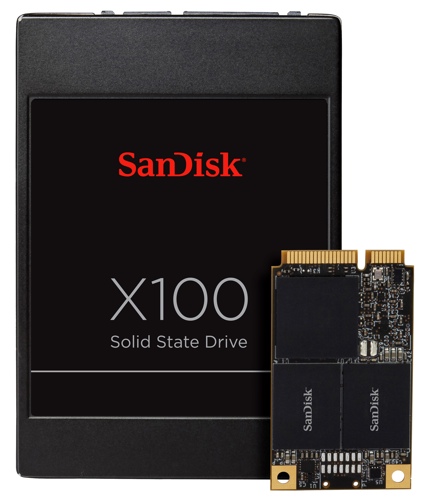 Joining the X100 is the Extreme SSD, which SanDisk is pitching at gamers. Capacities run to 120GB and 240GB, figures which identify the drives' controller as a Sandforce part - the 'missing' 8GB and 16GB is used by the drive for better storage cell management.