Striking resemblance to another Apple icon

Chinese shell-of-a-company Proview Shenzhen, embroiled in a trademark dispute with Apple over the name "iPad", held a press conference in Beijing to plead their case and to show the assembled journos an assortment of marketing materials for their own iPAD.

The Proview iPAD has no resemblance whatsover to Apple's fondleslab, but there's more than a passing similitude between it and another groundbreaking Apple product, the original bulbous iMac. 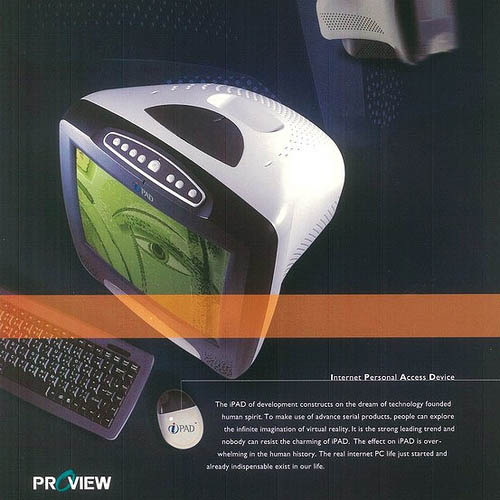 If you're having a bit of difficulty reading the marketing blurb in tiny print on this sell sheet for Proview's Internet Personal Access Device, here's what it says:

The iPAD of development constructs on the dream of technology founded human spirit. To make use of advance serial products, people can explore the infinite imagination of virtual reality. It is the strong leading trend and nobody can resist the charming of iPAD. The effect on iPAD is overwhelming in the human history. The real internet PC life just started and already indispensable exist in our life.

At the event, Proview chairman Yang Rongshan said that his company had spent $30m on developing and manufacturing the iPAD, and that they had produced "between 10,000 and 20,000" of the desktops between 1998 and 2009, according to the often-amusing Chinese tech and subculture website M.I.C. Gadget.

You'll note that the 1998 appearance of the Proview iPAD coincided nicely with the debut of Apple's iMac, which was announced in May 1998 and shipped in August of that year. 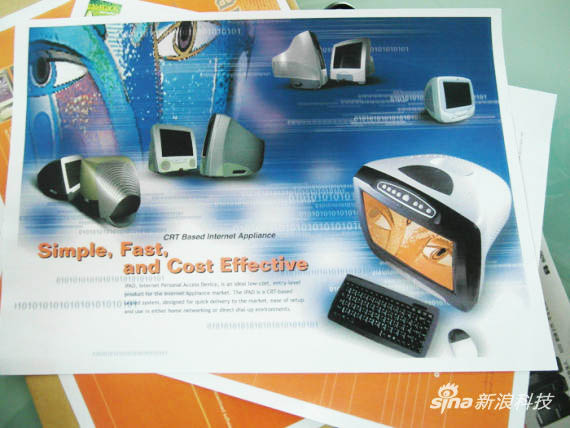 'Simple, Fast, and Cost Effective' – and not a little derivative (source: Sina)

Yang also said that the iPAD was only one of the company's iFamily line, which included the iNote, iPDA, iDVD, and iClient – a notebook, personal digital assistant, DVD player, and thin client "for the budget, to run downloaded software applications", according to the distributed marketing materials.

As near as The Reg and Google Translate can tell, Yang said that although Proview is now in a "financial crisis" – 财务危机 – the company has investors and a restructuring plan, according to the Chinese news service Sina, and is seeking "new opportunities" – 新的机会 – to get back on its feet.

One of those opportunities, it appears, is to make a few yuán off Apple by forcing a settlement over the iPad trademark. With the disclosure of the Proview iFamily and the iMac knockoff, however, Yang may soon be hearing from a Cupertinian legal rep regarding an intellectual property counterclaim.

Nothing is impossible in the wacky world of IP wrangling. ®