Geek Treat of the Week As far a tech goes, my encounter with the Lantronix xPrintServer was somewhat unusual. This fag packet of a device plumbs into your network and enables an iPhone, iPad or even an iPod Touch to access the local printers, assuming there’s a Wi-Fi access point on the same subnet. There’s no need to track down an AirPrint compatible printer, as the xPrintServer lets you use grown-up printers in the office or home. 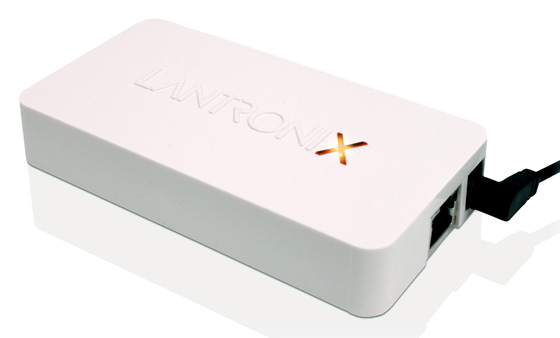 Now the unusual part of all this is that I plugged it in and it just worked... in seconds. I’m still trying to get over it now. I suppose the Lantronix xPrintServer has a just one task to perform, but I’m so used to the promise of any tech satisfaction involving a certain amount of farting about that having it work out of the box borders on a dewy-eyed experience.

Now talking of dewy-eyed, you do have to pay £115 for the privilege, but as iOS devices become ever more ubiquitous in the office, it’s going to prove its worth printing out travel itineraries and the like booked on-line and other details that might appear in personal e-mail accounts kept on handhelds, rather than the office in-box. 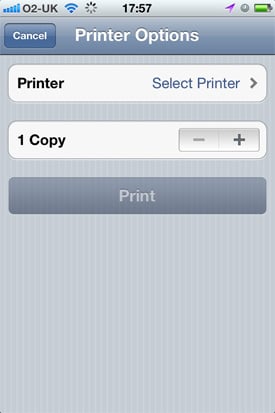 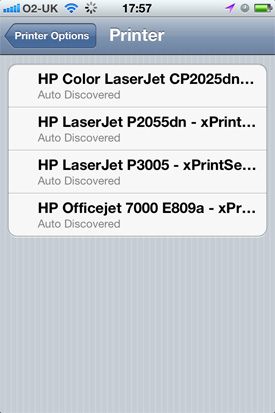 Going through the motions: the list of available printers is conveyed to an iPhone 4S

The xPrintServer has only an external power supply connection and a 10/100Mbps Ethernet port. A short Ethernet cable is provided too and when attached to your network, activity lights around the RJ-45 connector indicate connection status and an orange X on the box blinks slowly when printer discovery routine is complete. The base has a reset button as well as serial number info that’s required for admin access.

If all goes well, and experience suggests it will, you simply go through the motions of printing from your iOS device. The Printer Options screen appears, you choose Select Printer and there’s a quick scan and then a list of available printers appears and you pick the one you want to print to. Tests with several iPhones and an iPad 2 in the office revealed that if the scan didn’t list the printers first time round, it never failed to show them with a second scan. 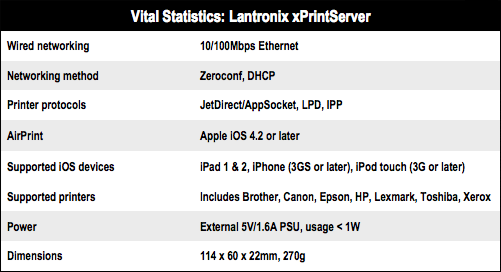