Review Don’t be confused by the name: it may be seem classy and good-looking but this is a mid-range handset, not a deluxe one. It’s also quite distinctive, which is good at a time when Android handsets are numerous and often me-too copies or unimaginative derivatives. 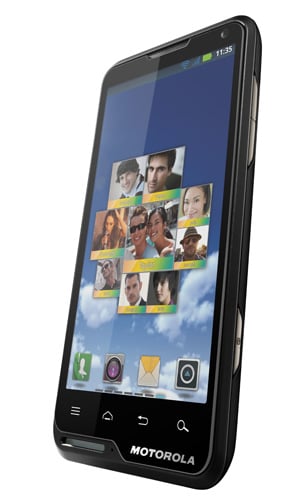 Although this is a plain black rectangle, it’s different thanks to the lanyard slot at the bottom left, balanced design-wise by the Motorola logo on the right. The back has the chrome mesh detail earlier Moto handsets have featured and which matches the earpiece speaker on the front.

It’s a well-sized phone that fits the hand comfortably, squeezing a decent 4in screen into a case that doesn’t feel oversized. The display is bright and high-resolution. It doesn’t match the iPhone’s Retina Display or the Motorola Razr screen, which gleams in its eye-popping colours, but at around 245ppi, it’s sharp and detailed. 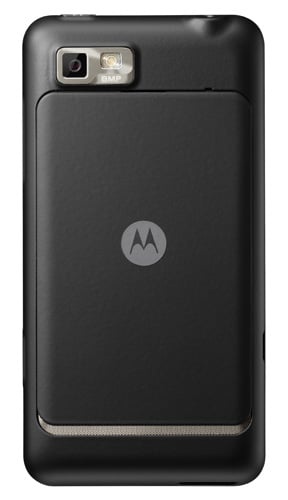 The lanyard slot won’t be everyone’s choice as a must-have feature, but it has more functions than just being a place to attach a flat cord. A light hidden under the slot notifies you when there’s an email waiting, say. It glows with a green pulse which is even visible when the phone is lying face down, thanks to the angled slot. Remember this if you keep the phone next to the bed.

To find out what’s waiting, activate the phone. There’s no front button to wake the screen, but a tap on the power button on the top edge reveals a strikingly different lock screen. A multi-function screen is common enough: HTC pioneered the capability to unlock the phone and go straight to a specific app. 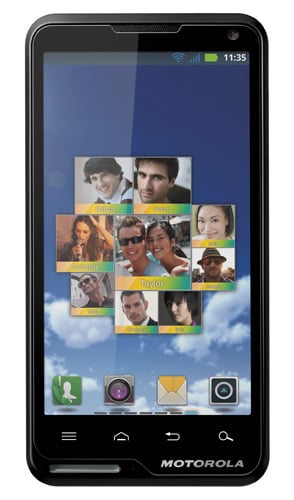 Here, though, there are six apps offered by default: phone, browser, text messages, email and calendar together with a button to toggle between ringer and vibrate. If none of those suits and you just want to launch the home screen, touching the key at the centre sets the icons spinning fetchingly. What’s more, you can swap the apps for others. It’s a neat piece of customisation. 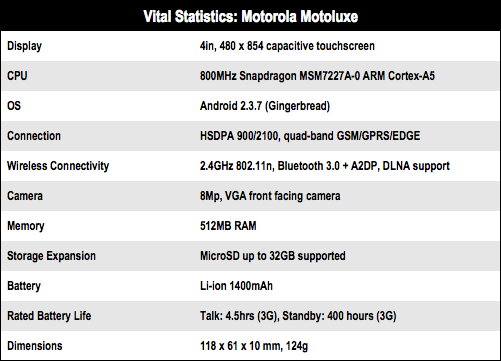