iOS App of the Week Grid Lens is a fun little photography app that allows you to combine multiple images within a single shot. 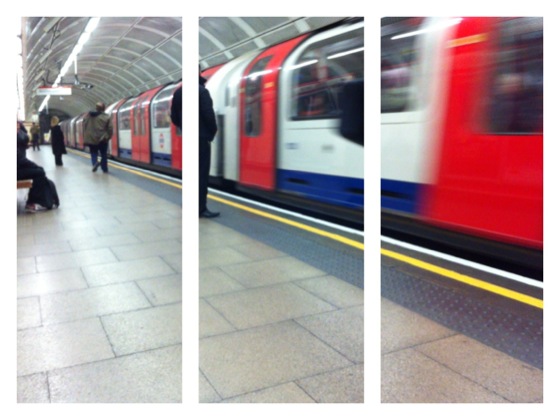 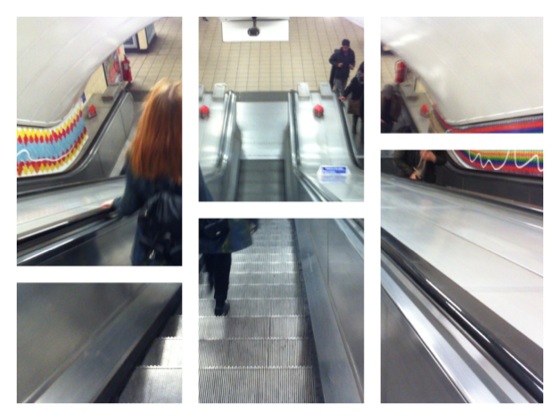 The app uses a grid to divide the image on the iPhone’s screen into a series of frames. You can then take photos in two different ways. Single-lens mode allows you to take a single photo and then uses the grid to divide that photo into several sections, creating a simple montage effect.

This is a quick and easy way to add a bit of visual flair to your shots, but the real attraction of Grid Lens is its alternative multi-lens mode. This mode can be used to shoot a series of separate photos one after another, and to then insert a different photo into each frame so that the image changes from one frame to the next. 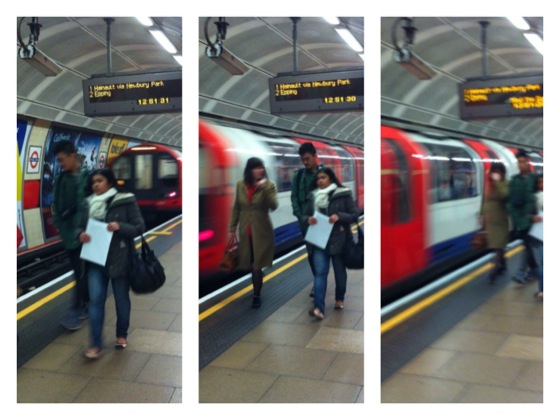 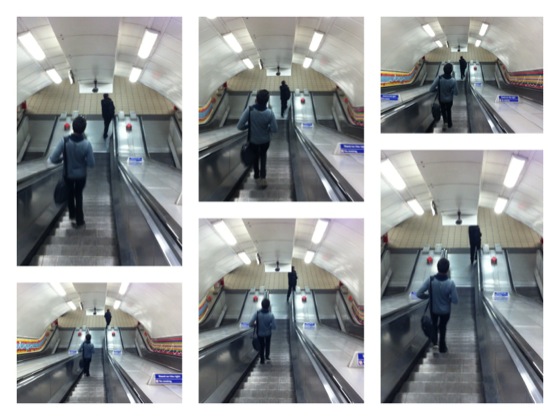 There’s a collection of different grid layouts available, as well as an option to create your own layouts. You can also specify an automatic time delay between shots, or shoot manually simply by tapping on individual frames. So if you select one of the grids that looks like a comic book layout and then set a one-second time delay you can create a simple time-lapse effect that captures an action over a period of several seconds. 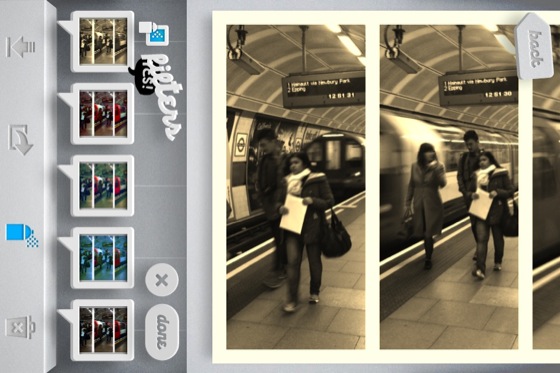 Filter effects can be applied to images

The app works well and is easy to use, although it takes a little while to get a feel for the timing of your shots so that you can compose multi-lens scenes effectively. It also feels a little sluggish at times – presumably because it’s processing and combining multiple photos all at once – so you can’t always shoot as quickly and as freely as you might like. 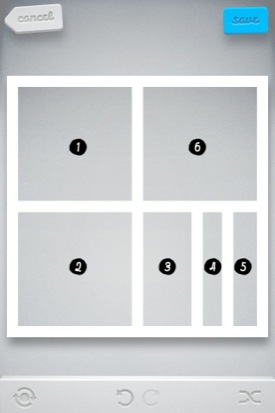 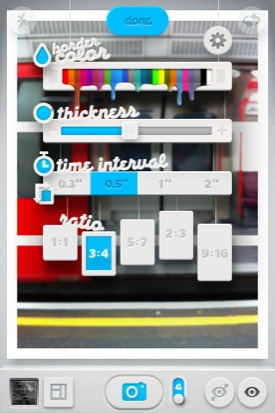 You can adjust the grid layout (left) and timing settings (right)

Even so, at just 69p Grid Lens is a fun app to play with, whilst also having some real creative potential for shooting montages and time-lapse scenes. ®

A simple photo app that is capable of some striking montage and motion effects.
Price: £0.69 RRP