Tesla's on-going libel case with the BBC over a negative portrayal of its Roadster electric sports car on Top Gear suffered another setback when the courts ruled that it could not amend its claim.

"We are pleased Mr Justice Tugendhat has ruled in favour of the BBC on both the issues before the court, first in striking out Tesla's libel claim against the BBC; and secondly in describing Tesla's malicious falsehood claim as so 'gravely deficient' it too could not be allowed to proceed," the BBC told El Reg in a statement.

Tesla sued the BBC for libel last year after a 2008 episode in which Jeremy Clarkson and his crew reviewed the Roadster and found it rather lacking, by their standards. While acknowledging the straight-line speed of the car (0-60 in 3.9 seconds), Top Gear said that the Roadster only managed 55 miles between charges on its track – well below Tesla's claim of 200 miles. Tesla also objected to video of the car being pushed back into the garage as though its batteries were depleted, when none of the two cars provided ever ran out of juice.

Tesla expressed its unhappiness at the time of broadcast, and took the case to the British libel courts after European investors started asking about the episode, according to Elon Musk. The courts did not see it that way however, and Tesla lost its case, though it was invited to amend it. On Thursday it lost that case as well.

Myra J Pasek, communications director at Tesla EMEA, described the verdict as "puzzling," and said the company was now considering its legal options. She explained that the judge had acknowledged that Top Gear had staged scenes like the Roadster being pushed back into the garage, and said it was unfair that Tesla can't seek damages.

"As for Top Gear quoting the judge saying that Tesla's claim was 'gravely deficient', the Court was referring only to the showing of monetary damage as a result of the show – and not to Tesla's showing of falsehoods," she told The Register. "Since 1952, plaintiffs in England have not had to make the showing of specific damage that the judge is now requiring Tesla to make, and the judge even acknowledged that making such a showing might be impossible. It is nearly impossible to prove that someone walked by a store and did not come in, because they had seen a show."

Entirely coincidentally, the Tesla blog has just published a post from former BBC executive Richard Tinus, who bought one of the Roadster cars used in the Top Gear review. He reports being extremely happy with the car, and says it's capable of long distances between charging. 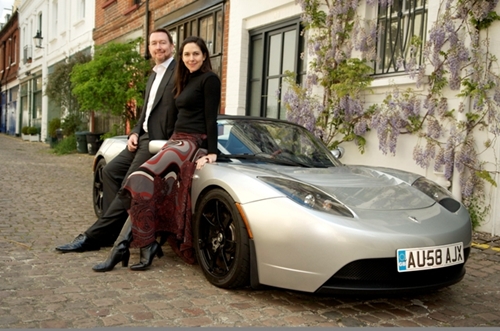 "I've never experienced any of the purported 'problems' that Jeremy Clarkson has broadcast to the world – and I own the exact same car that he supposedly tested!" he writes. "Needless to say, I am extremely disappointed in the lack of honesty, integrity and neutrality in that episode."

It's been a bad week for Elon Musk's electro-speedster firm, after reports of battery problems with its cars caused a temporary dip in Tesla's stock price. The Understatement blog noted that five Tesla owners had apparently been left with dead cars after letting the battery deplete completely. The replacement cost of the batteries – $40,000, and rumors of a problem caused a 6 per cent price rollback on shares before traders caught up. 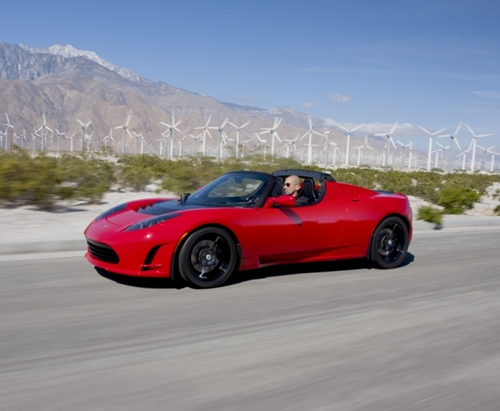 In 11 weeks this can transform into the Roadster Brick

Tesla hasn't responded to an El Reg request for comment on this issue, but according to reported statements the company has warned that batteries should never be totally discharged – a process that can take around 11 weeks. If the battery gets below 5 per cent charge, it will begin to provide visual and audible alerts, and later models will alert Tesla directly if power runs dangerously low. ®