Samsung stretches 5in Galaxy Note phonetab to 10in

Tablet with a stylus, anyone?

In a spirit, surely, of 'we don't know what the punters want so we'll give 'em everything', Samsung has announced version of its Galaxy Note 5in smartphone-cum-tablet that's almost twice the size of the current model. 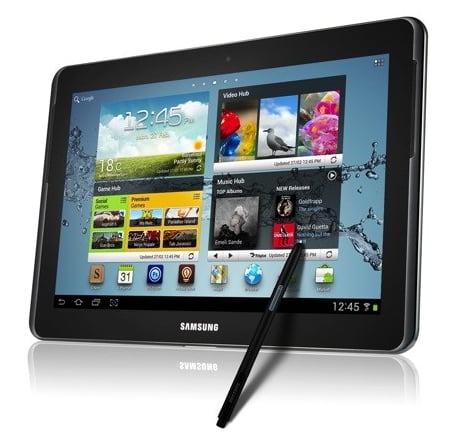 How is all that different from Samsung's Galaxy Tab 10.1? Beyond some small variations in spec, it really just boils down to the presence of a stylus.

Yes, the input aid we once thought capacitive touchscreens had done away with once and for all is back, here to tap into the S Note and S Planner apps Samsung installed into the 5in Note.