Beam me up, Sammy

Samsung lit up MWC this week, bringing the Samsung Galaxy Beam to Western markets. It's a phone that lets users to cast content directly onto walls using its built-in projector.

The Samsung Galaxy Beam was first launched in Singapore in July 2010, although the feature of a built-in pico projector did little to propel the handset up the popularity charts.

Almost two years down the line, though, and Samsung reckons the time is right to revisit the prospect, pitching a refreshed Galaxy Beam to the rest of the world. 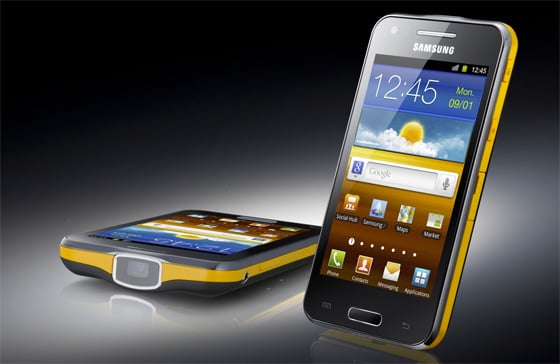 The Beam now packs a 4in, 480 x 800 display and a 1GHz dual-core processor running Android 2.3 Gingerbread.

The projector itself is able to cast a 50in beam with a 720p resolution, the perfect weapon in the quest to bore family members when returning from holiday with hundreds of self-absorbed snaps.

Pricing and availability have yet to be announced. ®