Samsung and Toyota are going to combine cars and smartphones this year, allowing the Japanese auto giant's vehicles to interact with the South Korean company's handsets.

The upshot: the arrival of the Samsung Car Mode app, which will allow Toyota cars to connect to the phone wirelessly and present the handset's media contents, GPS pick-ups, voice-free calling capabilities and such on a dashboard display.

Tap that panel, and the command is routed back to the phone. 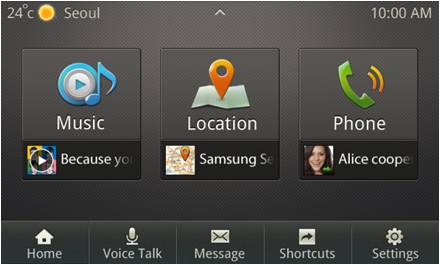 Not that this is proprietary: Samsung and Toyota will be using MirrorLink, the technology being packaged by the Connected Car Consortium that is avaiable to all phone and car companies who've joined the CCC.

Samsung's Car Mode app should work with an MirrorLink-compatible motor. Likewise, Toyota's ML-equipped cars will work with similar apps from other phone makers, such as the Nokia Car Mode app the Finnish phone giant launched in January for its Symbian Belle handsets.

Expect similar apps and MirrorLink-compatible cars from other CCC members, such as LG and Sony; BMW, Daimler, Fiat, Honda, GM and VW.

Toyota, meanwhile, already has deals in place with Microsoft for its in-car software, and Intel for other technologies it'll use behind the dashboard, such as satnav-linked tech to prevent you getting too close to the car in front. ®