Trying to keep your nippers in trim with a Nintendo Wii workout may be pointless. Research suggests motion-controlled videogame systems do very little to help kids fulfill their daily exercise requirements.

The study, conducted by a team from the Baylor College of Medicine in Houston, Texas, saw 78 children handed Wii consoles for the first time, with half offered get-up-on-your-feet game Wii Sports and the others given the sit-down-to-play Super Mario Bros. Midway through the 13-week study, the children switched titles.

Daily physical activity levels were tracked with a motion-measuring kit and, perhaps surprisingly, there was no noticeable difference between the sets of children and how much they exercised overall. 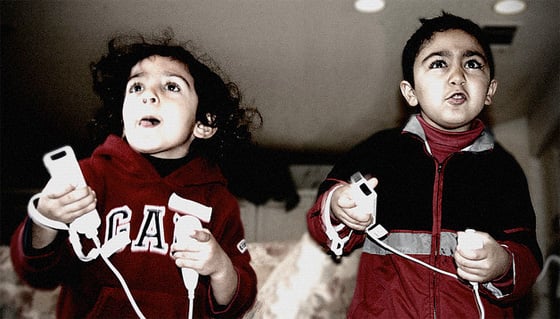 The research team said they were unsure whether such games actually required less energy than expected to play - or if the kids were simply compensating for exercise they received on the Wii with periods of inactivity during the day.

Either way, the study concludes that there is no evidence to suggest motion-based videogame systems improve fitness.

Jacob Barkley, an exercise boffin from Kent State University in Ohio, told Reuters that while there may be some weight to the study, gaming on the Wii could still be helpful in the quest to cull calories.

“Maybe the Wii isn’t going to increase physical activity a whole heck of a lot,” he said. “But it might increase caloric expenditure a bit more than a traditional sedentary video game, and if you do that on a daily basis that could have a cumulative effect that might be beneficial.”

For further reading, have a ganders at the team's study, titled 'Impact of an Active Video Game on Healthy Children’s Physical Activity'. ®