Google out, MS in - virtually

OnLive may be better known for its cloud gaming service, but the advantage of running a heap of virtual Windows PCs on a server farm somewhere is that you can run Windows desktops on them as well as games.

Which means, if you have OnLive's new Android terminal app, you can run Windows 7 - and Windows 8 soon too, presumably - on your Google-powered fondleslab. 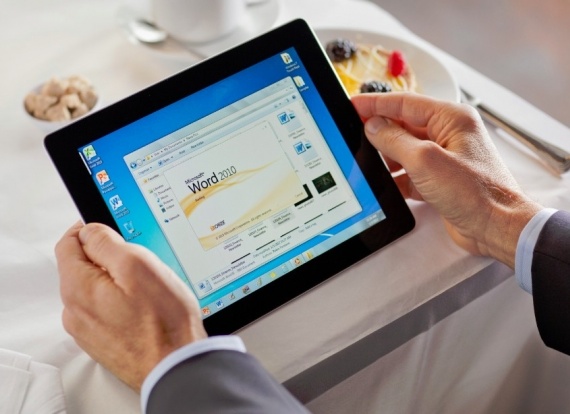 The app is free and comes with 2GB of online storage. Cough up $5 (£3) a month and OnLive will throw in its accelerated browsing tech which, it claimed, is "the world’s fastest browsing experience, whether you’re connecting over Wi-Fi or 4G LTE". Hmmm… OnLive said "webmail attachments, even 50 MB ones, transfer in less than a second" and the system can "reduce Web browsing data usage by a factor of ten or more".

The OnLive Desktop app requires at least Android 2.3 Gingerbread and is compatible with the following tablets: the Acer Iconia Tab A500, the Asus Transformer Pad TF101, the Motorola Xoom, and the Samsung Galaxy Tab 8.9 and 10.1.

There's an iOS version of OnLive Desktop too.