The new iPad that was revealed to feverish fanbois last night in San Fran will be on UK shelves in about a week's time - 16 March. Yes, Brits, you can pre-order one now, or grab a sleeping bag and start making your way to Regent Street.

The new iPad will be available in black or white, pricing will be the same as the iPad 2 was on launch and it come in six varieties. The Reg Hardware lads got their fingerprints all over one here. 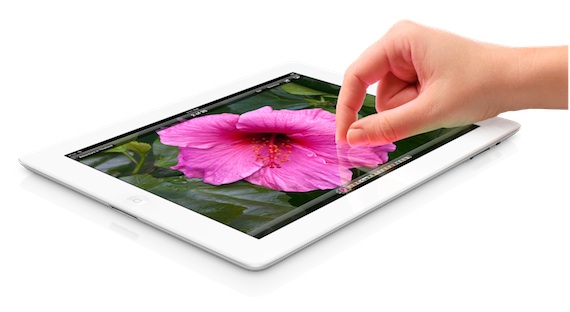 iOS 5.1 and iTunes 10.6 are available today as free updates: the new version of Apple's mobile OS includes, among various bits and pieces, bug fixes, an iPad camera app, the ability to delete pics from your Photo Stream, and a Japanese Siri. ®