Hands on with the Apple iPad 3

We fondle the new fondleslab

First look Last night, Apple CEO Tim Cook revealed the company’s latest tablet. It’s the new iPad, folks. And this year it’s just called "the new iPad", not iPad 3 or iPad HD. To some, it means that 2011’s model, the iPad 2, sounds newer than the latest, 2012 one. But more important than the name, should you buy one? 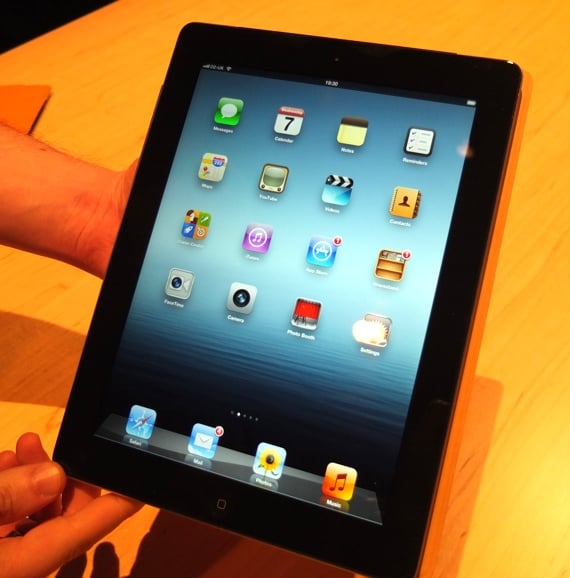 This is the first iPad with a decent camera. The very first iPad didn’t have one at all, of course, and last year’s wasn't much to write home about. This year, there’s a 5Mp sensor, matching that on the RIM BlackBerry PlayBook, for instance.

Few tablets feature really outstanding camera sensors, not least because – well, have you tried holding a big flat piece of metal and glass up so you can take pictures on it? 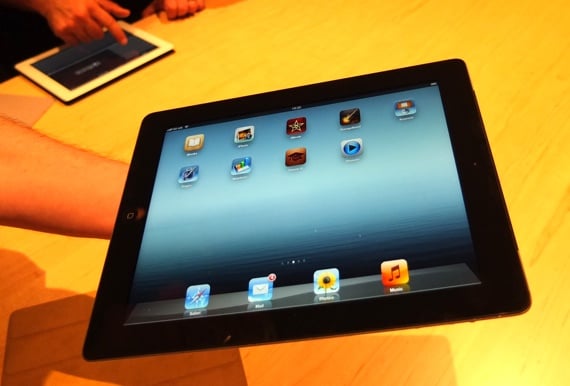 Note that there’s no flash on this camera, so deploying it for stills or video is best suited to brightly lit situations. The video camera capabilities have been enhanced, too, so now it can shoot 1080p HD footage, up from the 720p last year’s model managed.

But the real benefit of all this comes when you play the images or movies back. This is thanks to the new iPad's "retina display", a 264 pixels per inch, 2048 x 1536 panel which is designed to be so high-resolution you can’t see the individual pixels. 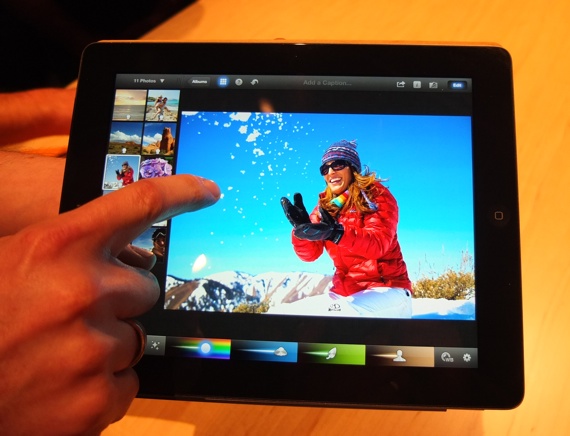 The retina display is gorgeous

Take one glance at it and you can see Apple's claim is true. This screen is very impressive. It’s not an OLED display, but it is still very vivid, and able to display rich colours.

Apple promises it has 44 per cent more colour saturation. Maybe it has - I didn't have the calibration kit with me last night to confirm that. But to my eyes, it’s bright, crisp and crystal clear. 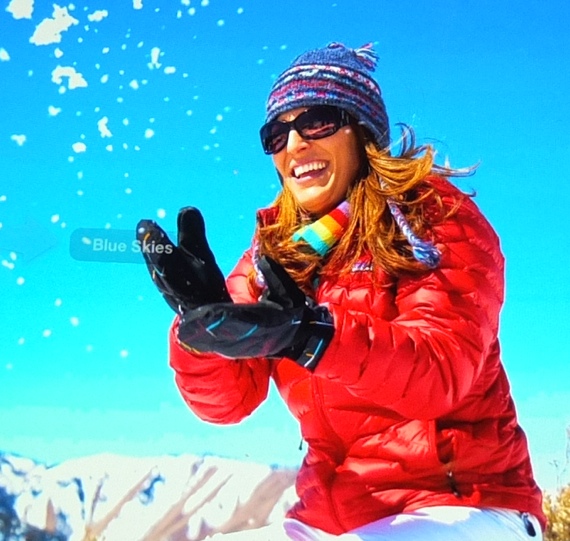 Even close up, you can't see the joins

There are phone displays with a higher pixel density – including Apple’s own iPhone – but tablets don’t match this. Text is super-sharp, the jagged edges of letters quite invisible. It stops reading e-books being the strain on the eyes viewing iBooks on the iPad and iPad 2 was.

Video shines, and games designed to show off the screen’s effects are deeply immersive, with pretty dazzling graphical effects. 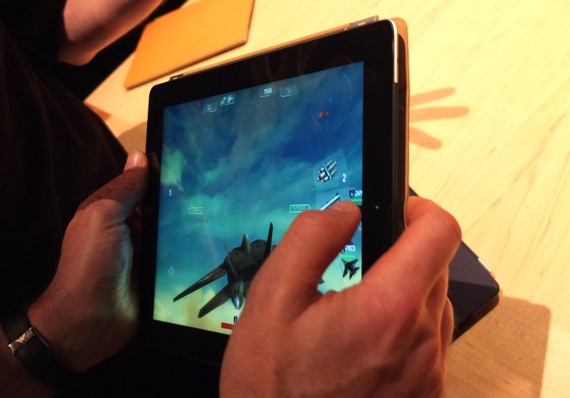 Game graphics are impressive, but don't chuck out your PS3

It’s a clever point of differentiation which rival manufacturers, even those with 1920 x 1080 screens will struggle to beat.

Next page: Souped up CPU
Page: